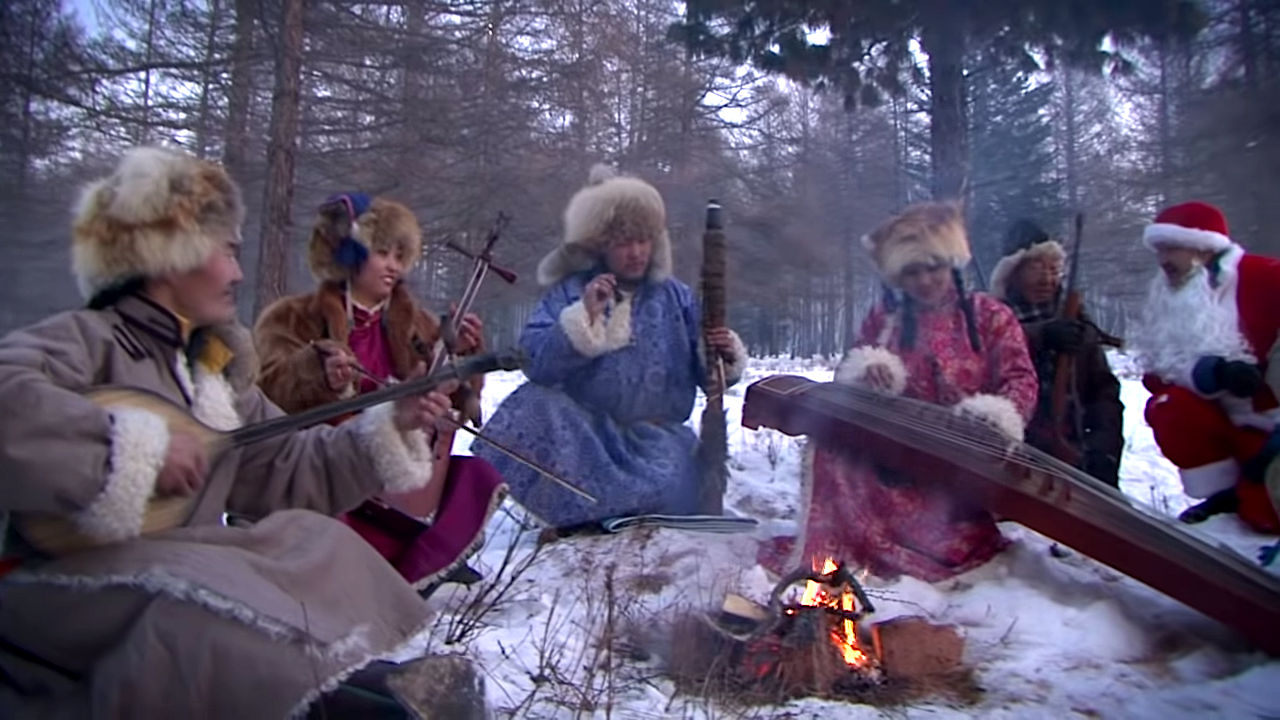 The wonderful Altai Band from Mongolia performed an absolutely enchanting cover of the popular Christmas carol “Jingle Bells” in true Mongolian fashion. Seated in the round on a snowy mountain, the musicians played the melody on traditional and modern instruments while singing in their native language in a vocal style specific to their region. This song is a part of their large musical catalog, which mixes western music with traditional Mongolian styles that are passed on through the ages.

ALTAI band has about 50 works in our song catalogue and mostly create our performances with the Western Mongolian region’s bii biyelgee dance, khuumii, ikhyel khuur and the unique tatlag technique on the morin khuur. …The Altai band was established on November 11th, 2011 at the Association of Mongolian Traditional Music with the intention to carry on the torch for the promotion and development of ancient nomadic culture and music.

via Nag on the Lake