Model airplane designer Peter Sripol from Flite Test created a Super Circle Plane, a large model craft with a single circular wing, for Flite Fest 2015. The unique creation was flown over a field of RC aircraft enthusiasts, many of whom used the Super Circle Plane’s circular wing as a target for their own craft. 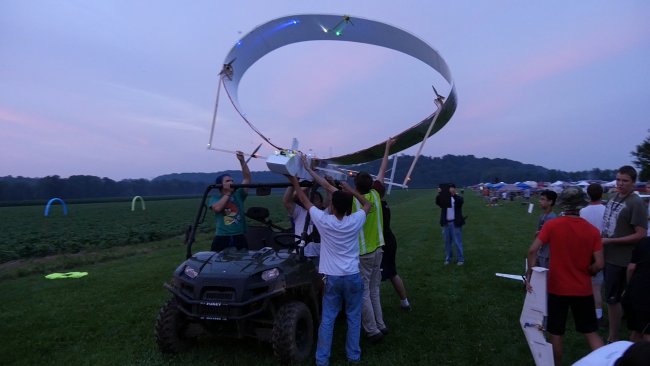 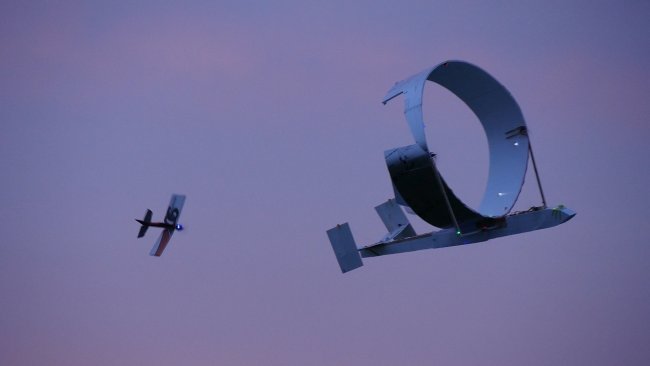 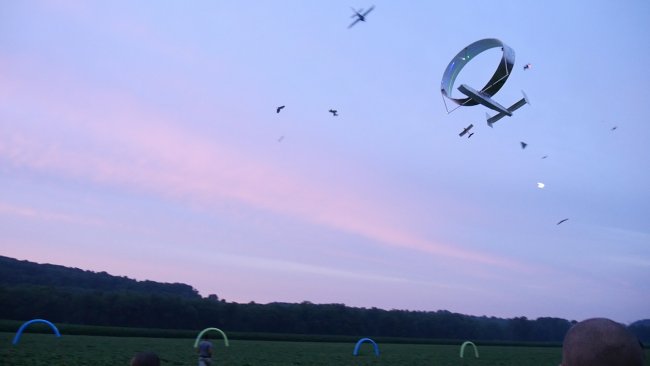