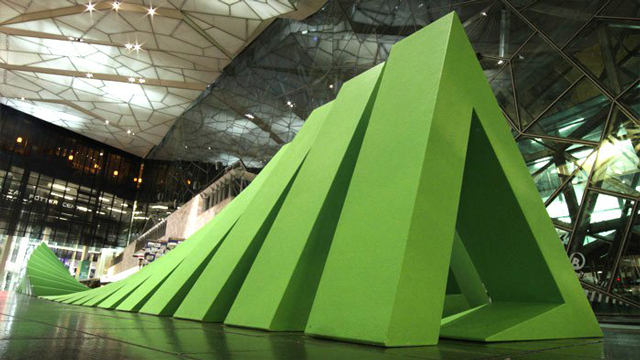 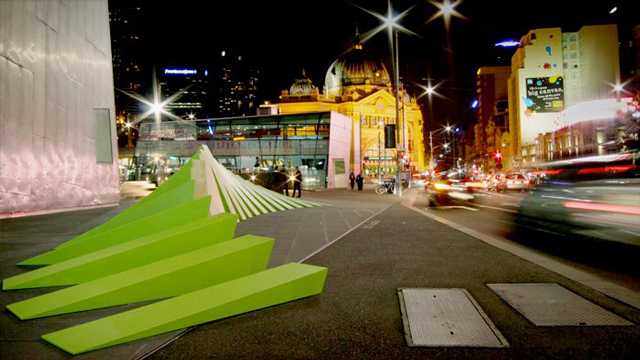 Produced by large-scale art & design practice ENESS and commissioned by Federation Square, a mixed-use public space in Melbourne, Australia, the public interactive art sculpture, MÖBIUS was filmed and photographed in stop-motion. For these two weeks in May 2011, these undulating green geometric pieces were carefully positioned by filmmakers and public volunteers. The resulting video is amazing to watch, as is the corresponding MAKING OF MÖBIUS film.

The designer Benjamin Ducroz had first created this sculpture in 2010 as a small tabletop piece called MIMICRY. A 21 piece MINI MÖBIUS model is available for purchase from ENESS which closely resembles Ducroz’s MIMICRY.

STOPCYCLE’ SCULPTURES CAN BE CONFIGURED INTO MANY CYCLICAL PATTERNS. THEY BEHAVE AS THOUGH THEY ARE EATING THEMSELVES, WHILST SINKING INTO THE GROUND AND RETURNING TO THE SURFACE.