With the release of the long awaited documentary about Mister Rogers entitled Won’t You Be My Neighbor, Mrs. Joanne Rogers made the trip from Pittsburgh to New York City to appear on The Tonight Show with Jimmy Fallon. As she entered the stage, Mrs. Rogers remarked that she knew that Fallon had watched the show while he was growing up, so it made the invitation special to her.

Over the course of the segment, Mrs. Rogers fondly and proudly shared stories about her beloved husband of 50 years, how they met, what was important to him, and the simple things he did in order to help everyone become a good neighbor.

-Officer Clemmons. -That’s right. And he came by on a hot day, and Fred was out, just soaking his feet in a little kiddie tub, a kiddie pool. And he had the hose, and he was just putting water in. And he said this to François, ‘Come — It’s a hot day. Sit down with me and get your feet cool’. And he said, ‘No, oh, I don’t, I didn’t bring a towel or anything.’ ‘You can use my towel.’ …And at that time in history, white people didn’t want African-Americans in their swimming pools. And so they were putting acids in, pouring acid and all kinds of bad things in to keep them out. And Fred knew about that. This was having to do with that. 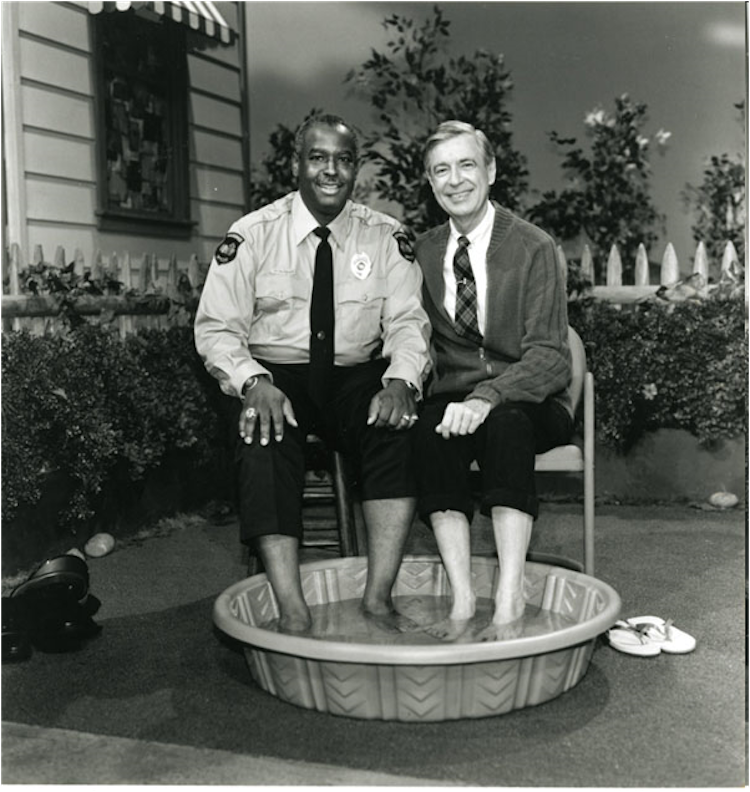