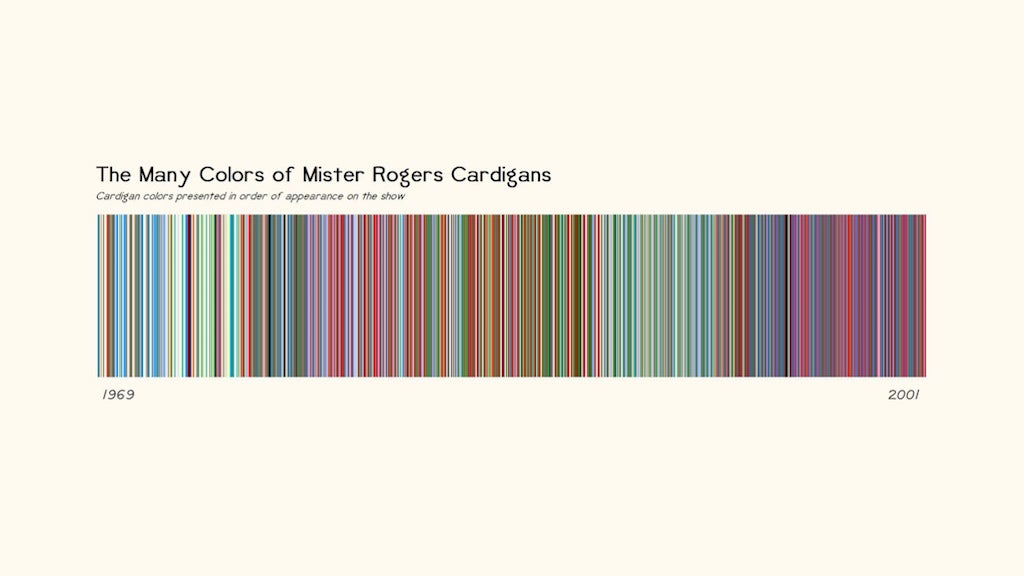 image via The F5

In honor of the March 20th birthday of the late, greatly missed Mister Rogers, Owen Phillips of The F5 newsletter, plotted a beautiful chart that chronologically organized the color of every cardigan the host wore from the beginning of Mister Roger’s Neighborhood in 1969 all the way until the show’s last televised performance on August 31, 2001.

happy birthday Mister Rogers. here's every color of cardigan he wore on the show presented in chronological order#rstats pic.twitter.com/DJBNcxZRTv

Prints, both framed and unframed, can be purchased through The F5 Big Cartel Store.

Own or gift this unique and original artwork to commemorate and remember Fred Rogers and his cardigans.