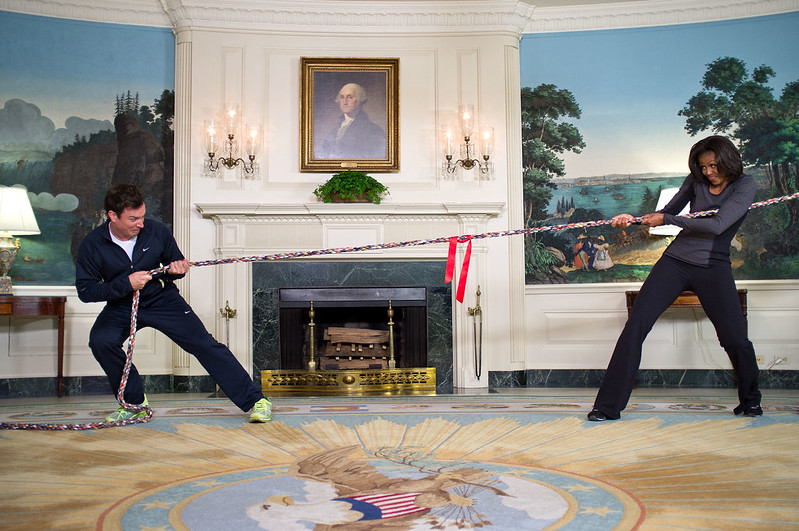 First Lady Michelle Obama participates in a tug of war with Jimmy Fallon in the Diplomatic Reception Room of the White House during a “Late Night with Jimmy Fallon” taping for the second anniversary of the “Let’s Move!” initiative, Jan. 25, 2012.

First Lady Michelle Obama and Late Night host Jimmy Fallon battled it out in a friendly fitness competition inside The White House to raise awareness for the Let’s Move! initiative. They competed in several games together including a potato sack race, hula hoops, tug-of-war, dodge ball and more. Let’s Move! is a campaign “to bring together community leaders, teachers, doctors, nurses, moms and dads in a nationwide effort to tackle the challenge of childhood obesity.”