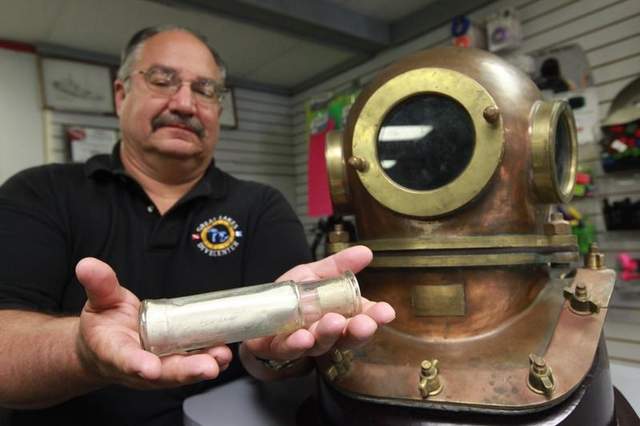 Last June diver Dave Leander discovered a message in a bottle nearly a century old in the waters off Harsens Island near Detroit. The message read “Having a good time at Tashmoo,” a reference to an amusement park that was a popular attraction on the island in the late 1800s and early 1900s. The message was signed by two Detroit girls, Selina Pramstaller and Tillie Esper, and was dated June 30, 1915. Historians are now trying to track down the descendants of the girls. 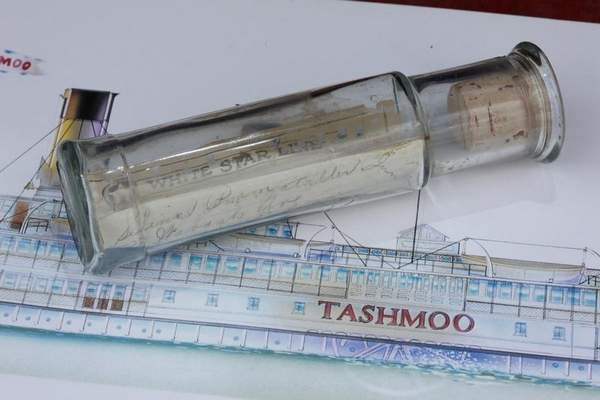 via Allee Willis Marches on Detroit