During a 1980 episode of The Merv Griffin Show in 1980, the members of DEVO found themselves in the middle of a rather awkward interview with the titular host about their instruments, their outfits, and their hometown of Akron, Ohio.

This was a terrific group here, strange instruments though Jerry. Nothing we’ve seen before on this planet. …It’s hard to believe this group came out of Akron Ohio …they came out of there by popular request …oh boy it all works I’ll tell you and it must be a thrill to have a big commercial hit now huh.

The interview took place in between “performances” of “Whip It” and “Girl U Want”. 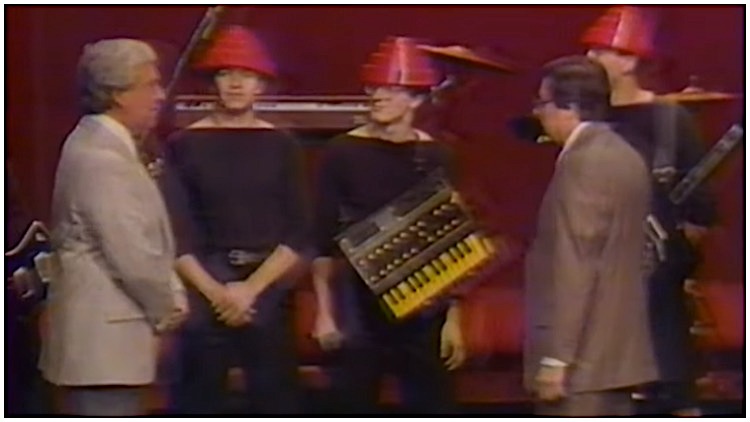