map² is a cleverly folded paper street map that allows the user to open a section of the map to reveal an enlarged, more detailed version of the same area. When not in use the map folds into a 4-inch square that fits into a pocket. map² was created by London-based designer Anne Stauche. So far she has created maps of London and Berlin. She’s raising funds on Kickstarter to produce maps of additional cities, starting with New York City. 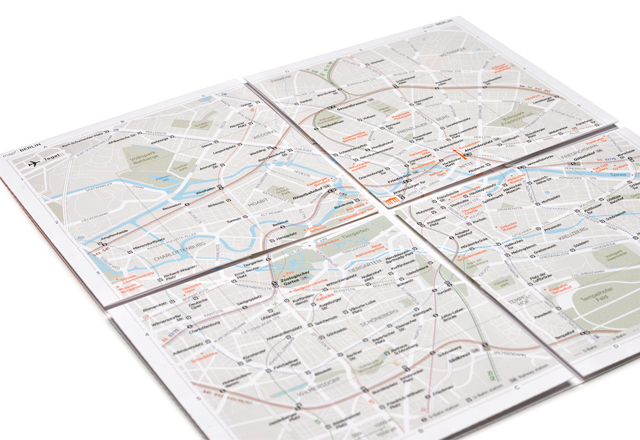