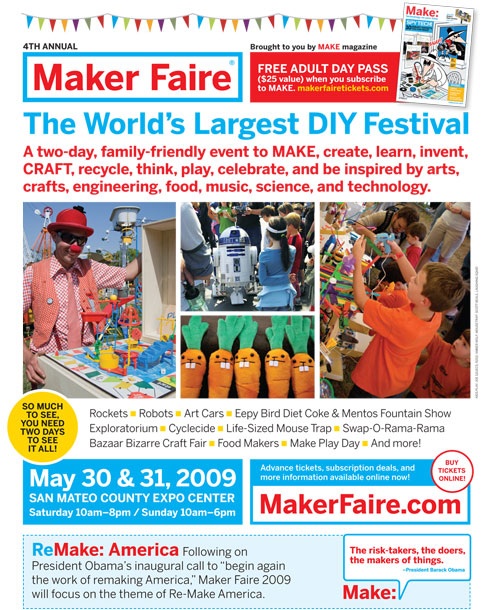 Make and Craft present Maker Faire 2009, the world’s largest DIY festival, which returns to the San Mateo County Expo Center for its 4th year next weekend, Saturday, May 30th and Sunday, May 31st.

Following on President Obama’s call to “begin again the work of remaking America”, Maker Faire 2009 will be organized around the theme of Re-Make America. Held in the San Francisco Bay Area on May 30-31, Maker Faire celebrates what President Obama called “the risk takers, the doers, and the makers of things.” The fourth annual Maker Faire will showcase individual creativity and grassroots innovation in the largest festival devoted to DIY culture and technology in the country.

Here are my photos from Maker Faire Bay Area 2008.