Look at this Instagram is a funny CollegeHumor original sketch directed by Matt Pollock that shows a man and woman singing in an Instagram inspired music video created as a parody of the Nickelback song titled Photograph that was released in 2005. Here is a small taste of the lyrical humor written by Dan Gurewitch and Owen Parsons:

Fireworks in the sky
A super close-up of my eye
Now a selfie, lookin’ cute
In the same room where I poop 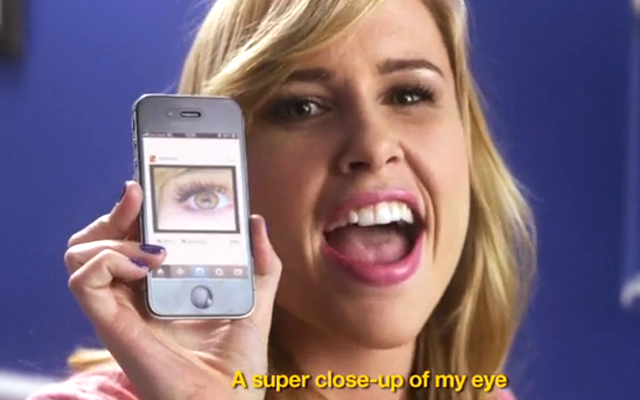 images via CollegeHumor on Tumblr