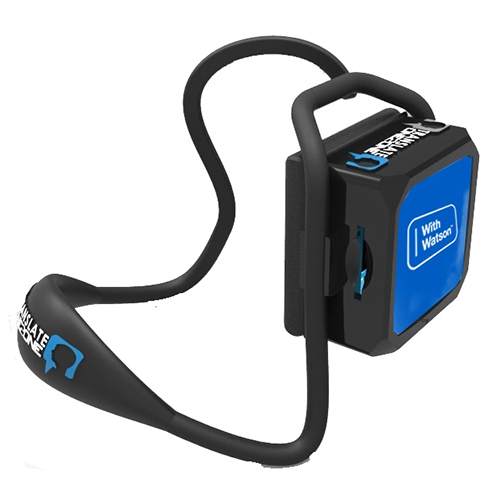 Danny May, a former plumber in Sydney, Australia created the Lingmo Translate One2One, a very clever earpiece that uses IBM Watson technology to translated up to eight languages in real time across audio and text platforms, such as spoken conversations, SMS and email.

The development of Lingmo was led by the company’s founder in response to an experiential need for a reliable translation application which would deliver timely and accurate results across both audio (voice) and written (text) platforms. …Its built-in functionality enables users to accurately translate conversations and commands in key languages across both voice and text.

Lingmo is also available as a separate smartphone app, which also translates conversations in real time without the use of an earpiece.