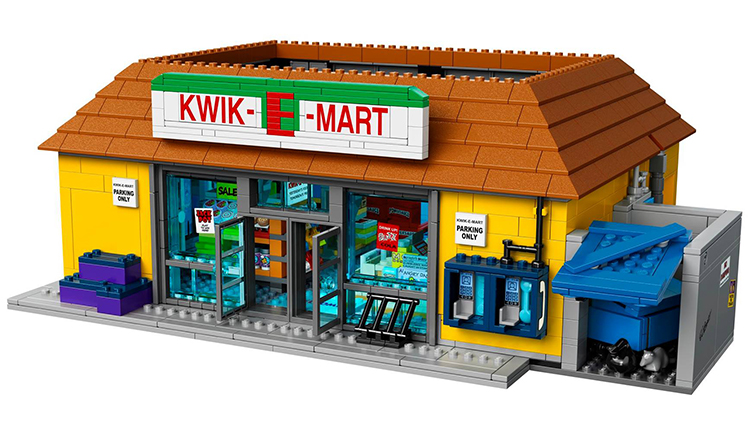 LEGO has recently announced that they will be releasing a LEGO version of the iconic Springfield Kwik-E-Mart convenience store from FOX‘s television series The Simpsons. The set will “include six minifigures with assorted accessory elements”: Homer Simpson, Bart Simpson, Marge Simpson, Apu Nahasapeemapetilon, Chief Wiggum. and Snake (a.k.a. “Jailbird”). It will be available to purchase in Mary 2015 from LEGO.com and LEGO stores.

This highly detailed and iconic LEGO® version of The Simpsons™ store is packed with more rich, colorful details than a Mr. Burns birthday cake has candles! Walk under the huge Kwik-E-Mart sign and join Homer, Marge and Bart as they browse the aisles filled with beauty products, diapers, dog food, pastries, fruits, vegetables and more—including Krusty-O’s and Chef Lonelyheart’s Soup for One. Then head over to the refrigerated cases where you’ll find Buzz Cola, chocolate milk, various other drinks and snacks… and frozen Jasper! There’s also a Buzz Cola soda fountain, juice dispensers, coffee machine, arcade games, ATM and stacks of Powersauce boxes. At the counter, Apu is ready to tempt you with a variety of printed magazines, comic books, cards, tofu hot dogs, freshly expired donuts and his ever-popular hallucination-inducing Squishees. At the back, there’s a storage closet complete with rat and an exit. On the roof you’ll discover Apu’s secret vegetable garden, while outside this amazing model features bright-yellow walls, 2 phone booths, a stack of purple crates, and a dumpster area with ‘El Barto’ graffiti, opening door and an iconic blue dumpster that also opens. You can also remove the roof and open out the rear walls for easy access. This set also includes Snake (a.k.a. Jailbird), who loves nothing more than stealing cars and robbing the Kwik-E-Mart—but this time Chief Wiggum is hot on his tail in his police car. (read more) 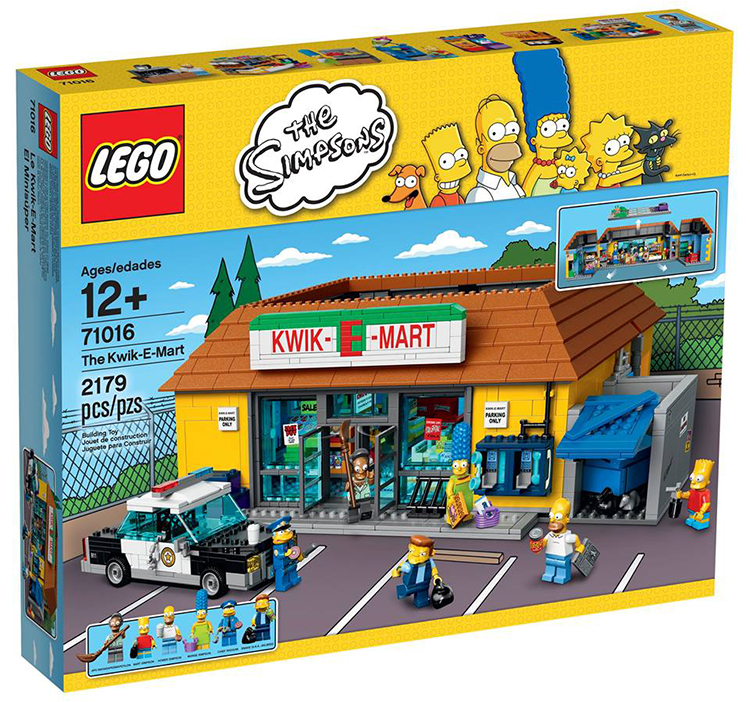