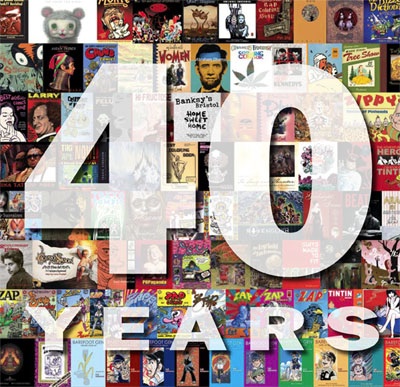 Our friends at Last Gasp, a legendary underground comics and book publisher, are celebrating their 40th anniversary on April 1st with a big art show and party at 111 Minna Gallery in San Francisco.

Last Gasp was founded in 1970 by Ron Turner. Last Gasp’s first publication, Slow Death Funnies #1 came out on the first “Earth Day,” April 15, 1970. Subsequent comics included the all-women’s comic It Ain’t Me Babe, and Skull Comics. Over the years they have published, and in some cases brought to light, some of the most respected and talented artists working today, including such luminaries as R. Crumb, Mark Ryden, Justin Green, Bill Griffith, Frank Kozik, Todd Schorr, Winston Smith, Spain Rodriguez, and Robert Williams to name but a few.