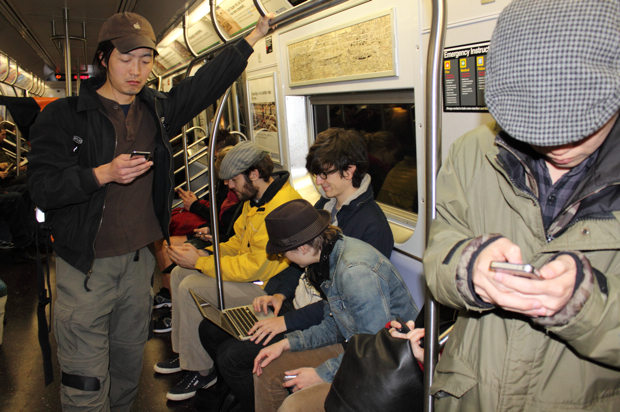 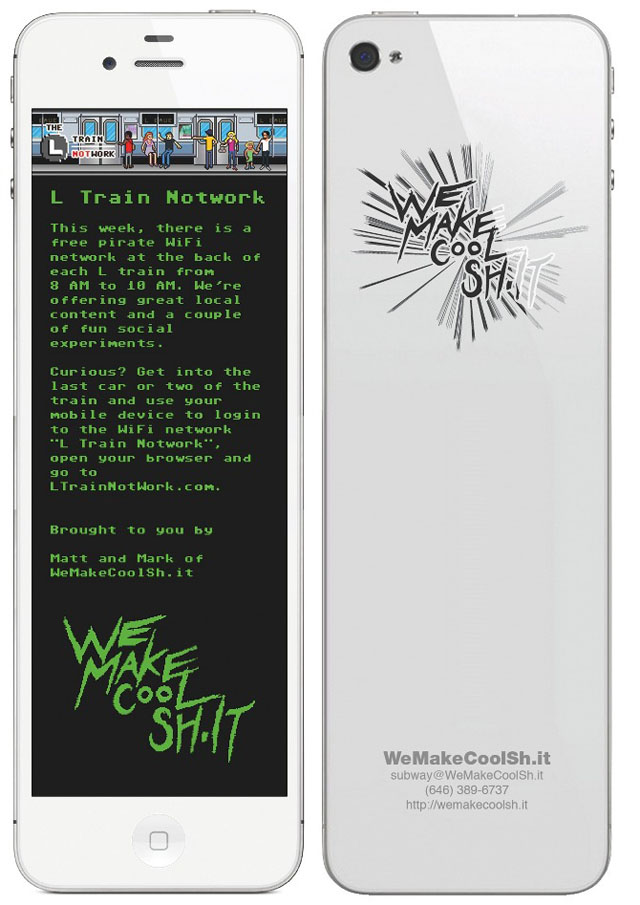 The L Train Notwork is a pirate wi-fi network that is available on certain New York City Subway L Trains this week, thanks to creative agency WeMakeCoolSh.it (here’s a behind-the-scenes video). The service is provided by person-portable battery-powered web servers. Rather than connect commuters to the internet, the L Train Notwork serves content provided by local artists and hosts a web 1.0-inspired chat room.

The L Train Notwork is available 8am to 10am on the L Train between the Morgan Ave. and 8th Ave. stops, until Friday, November 18. New York City-based WeMakeCoolSh.it was founded by Mark Krawczuk and Matt McGregor-Mento.