In honor of the NASA Perseverence Mars Rover landing taking place on February 18, 2021, Krispy Kreme has baked up a yummy chocolate-filled doughnut that is topped with a red pearlized swirl and cookie crumbles to resemble the host planet of the landing site. Aptly named the “Mars Doughnut”, this limited edition sweet treat is only available on landing day while supplies last.

NASA’s Perseverance Rover makes it’s epic landing on Mars Thursday, February 18th. For Krispy Kreme fans, that won’t be the only monumental landing of the day! In celebration of this out-of-this-world occasion, a delicious Mars doughnut will land in Krispy Kreme shops on 2/18, for one day only 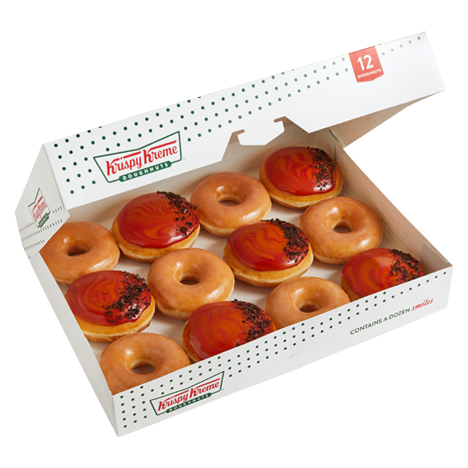 The landing will be livestreamed and NASA has even created a pretty badass trailer to promote it.