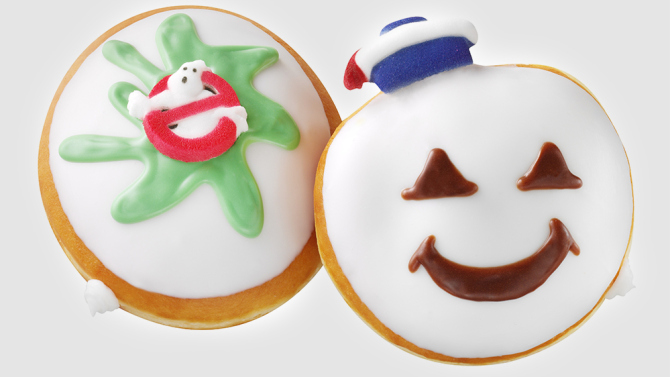 Krispy Kreme Doughnuts is celebrating the 30th anniversary of the classic film Ghostbusters with two special donuts. One features a candy Ghostbusters logo over a green splat inspired by the character Slimer, and the other is made to look like the The Stay Puft Marshmallow Man including a candy sailor hat. Both donuts are filled with marshmallow.

The special doughnuts will be available at Krispy Kreme locations in the United States and Canada between September 29th and October 31st, 2014 while supplies last. 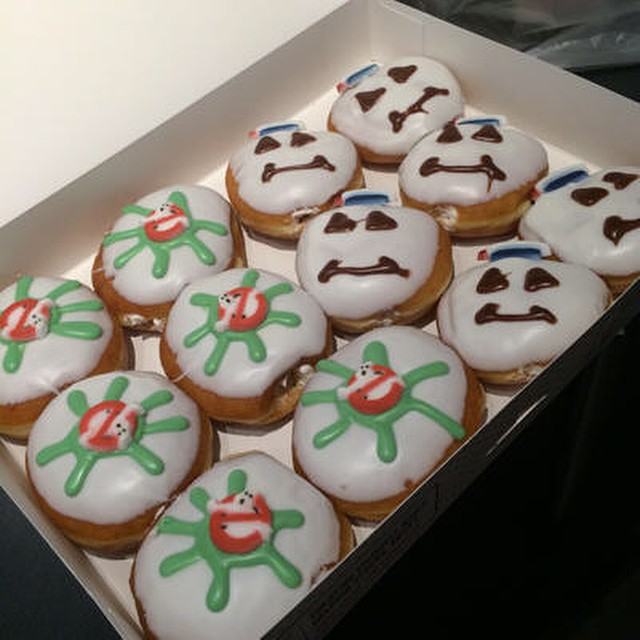