While embarking on a long road trip from Dallas, Texas to Seattle Washington, Andrew Steelsmith and his wife heard an odd sound coming from their engine bay. Steelsmith immediately pulled over to the side of the freeway and upon closer inspection, heard the distinct sound of a meowing kitten. The little feline probably took refuge inside when the car was parked and then became trapped inside the engine bay. Steelsmith immediately called Dallas Fire Rescue, who took a look inside the engine. Realizing that Steelsmith needed mechanical automotive assistance, the fire officers helped guide them off of the road and over to the Cooley Chevrolet Galleria, where an able team of mechanics took apart a section of the car and retrieved the unintended stowaway.

After pulling off the freeway in shock, we noticed a kitten in our engine compartment. We called the Dallas Fire Department and they rushed out to help us rescue the kitten. After unsuccessful attempts, we drove (slowly) to Cooley Chevrolet Galleria up the street. An hour and a half later, the awesome staff at Cooley freed the kitten from the engine after removing our wheel and several engine parts.

Stowaway! We found a KITTEN in our engine shortly after leaving #Dallas for #Seattle. YES we got him out and YES we adopted him. Thanks to @DallasFireRes_q & @claycooleygroup for getting him out! Here’s a video! https://t.co/p1TyXpQaX9 @NBCDFW @SteelsmithHaus

The Steelsmiths discovered that the kitten was malnourished, had suffered a broken tail and injured leg from the incident, but all else was intact. They decided to adopt the kitten and quite appropriately naming him Dallas Chevy (D.C.). Currently Steelsmith is raising funds to help pay for D.C.’s medical bills.

We will be taking Dallas into a vet when we get back to Seattle. He has a broken tail with an open wound, a bum leg, and several other issues like malnutrition and possible worms. It’s going to be a journey for Dallas, and we could sure use the help to make sure he’s has a happy and healthy life! 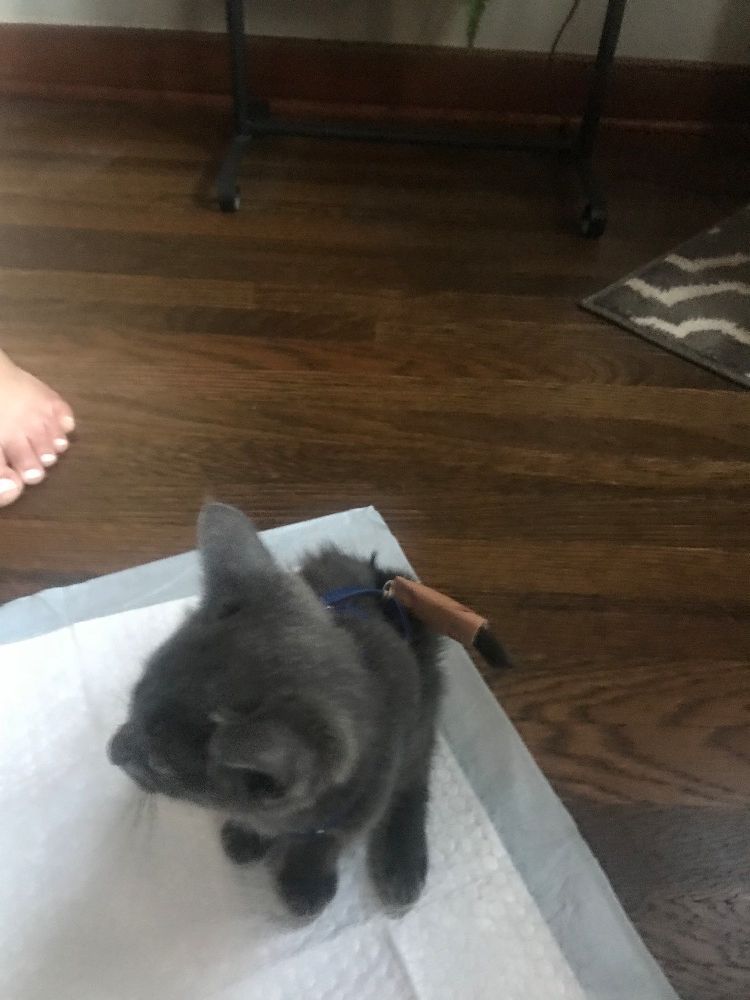