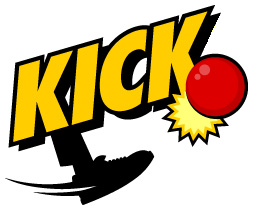 Anil Dash has announced the return of KICK!, his legendary SXSW Interactive Kickball game. This year’s KICK! takes place at 10:30am on Saturday, March 8th at Palm Park, behind the Austin Convention Center. The last time Anil organized KICK! was during SXSW 2005, my first year at the conference.

Six years ago, KICK! was started as a way to welcome the community of early bloggers that had just begun to adopt SXSWi as an informal annual homecoming. Though none of us were athletes, and very few of us had ever played kickball since we were children, that first game was a smashing success and quickly became an annual tradition.

After a brief hiatus, KICK! is back and bigger than ever. Whether you’ve ever been to SXSWi before, and whether you’ve been to KICK! before, you’ll have a great time.