On August 18, 2012, 21 teams left New York City to head to Montreal for the latest Rental Car Rally, a costumed road race competition. Justin Rocket Silverman and Jonathan Tortora, both of The Daily, made this fun video of the 15-hour event.

There was $500 in loose change up for the taking, for the team that uncovered all the secret checkpoints between the two cities and covered the distance in the fewest number of miles (while wearing the best costume). 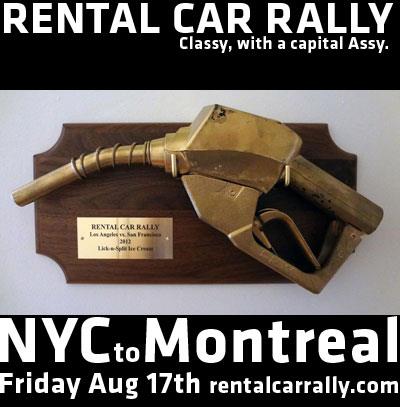