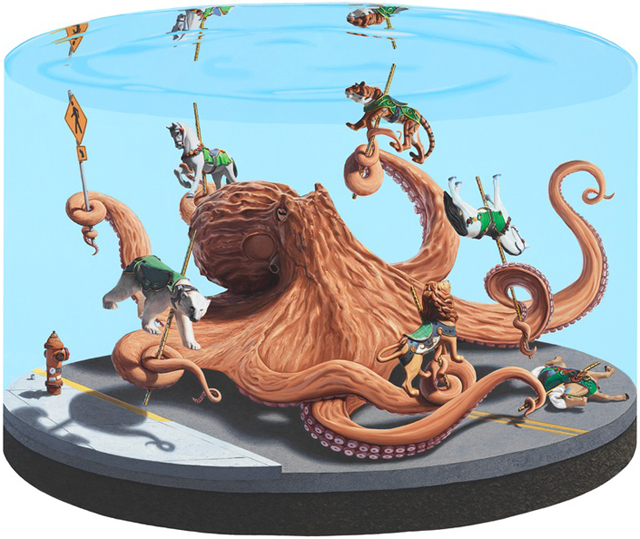 Oregon artist Josh Keyes has a solo exhibition titled The Circus and The Sea that runs simultaneously with New Songs for The Standard Model, a solo exhibition by Seattle artist John Brophy. Both solo shows will open on Friday, November 9, 2012 from 6 to 9 PM and be on display through Saturday, December 1, 2012 at the Roq La Rue Gallery in Seattle.

Keyes’ style is reminiscent of the diagrammatic vocabulary found in scientific textbook illustrations that often express, through a detached and clinical viewpoint, an empirical representation of the natural world. Assembled into this virtual stage set are references to contemporary events along with images and themes from his personal mythology. Josh Keyes’ work is a hybrid of eco-surrealism and dystopian folktales that express a concern for our time and the Earth’s future.

John Brophy creates highly detailed paintings that blend artifacts from global cultures and belief systems and juxtaposes them with the overarching affects of western consumer culture. His extraordinary style combines the use of a computer as an art making tool (he designs 3-d models of his paintings as a guide first) as well as the intimacy of painting (he then completely hand paints the imagery onto panel). Taking cues from the religious imagery of 15th century Flemish Primitive art, he takes their use of intimate compositions and understated gestures and reworks them using contemporary imagery to create surreal yet immediate new icons for the modern age. 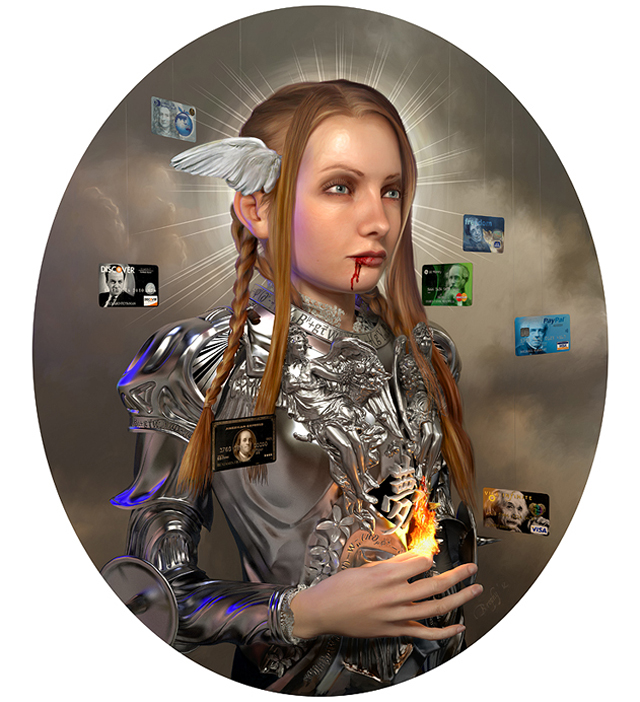 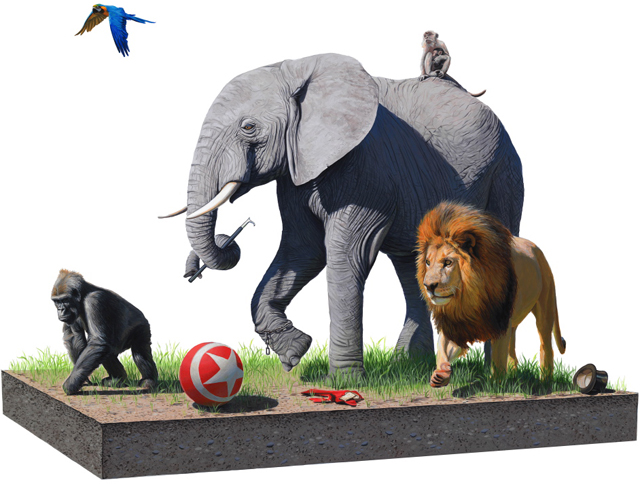 Exodus I by Josh Keyes 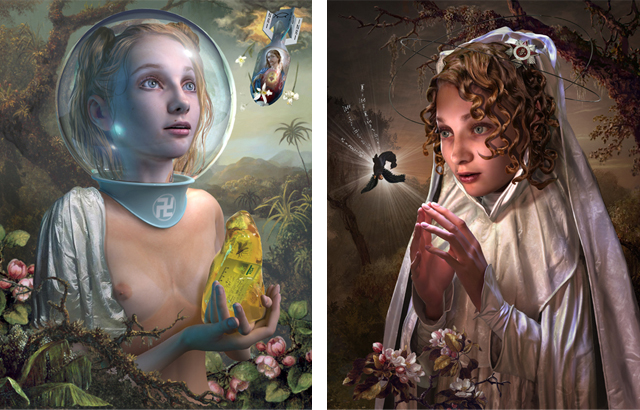 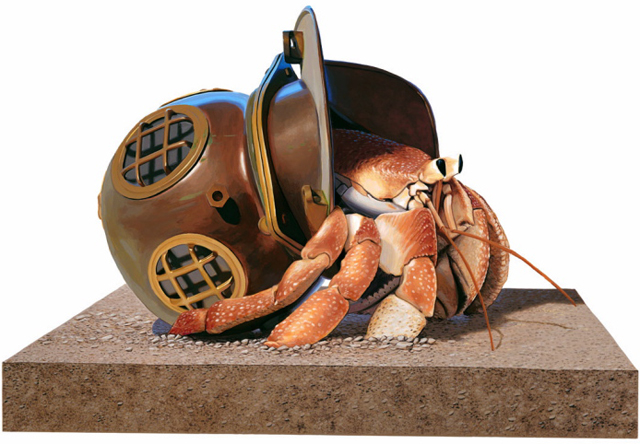 The Hermit by Josh Keyes 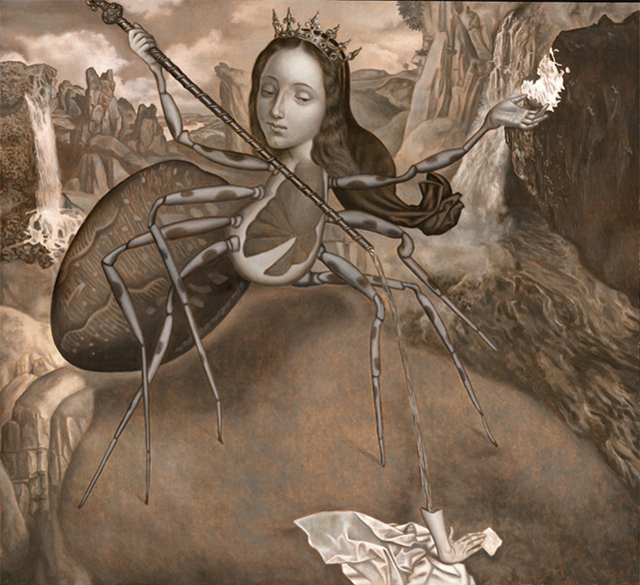 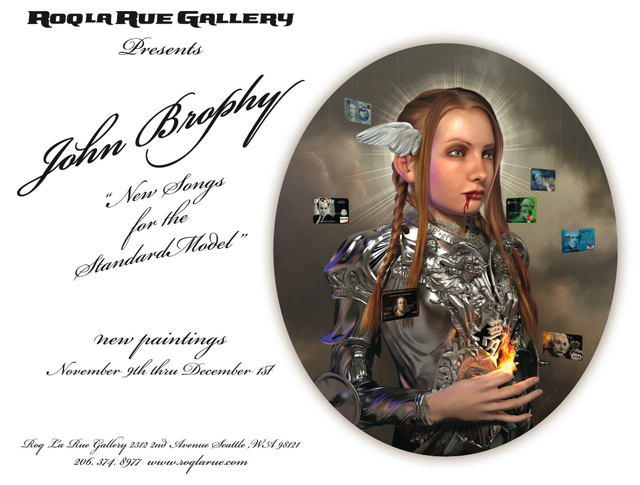 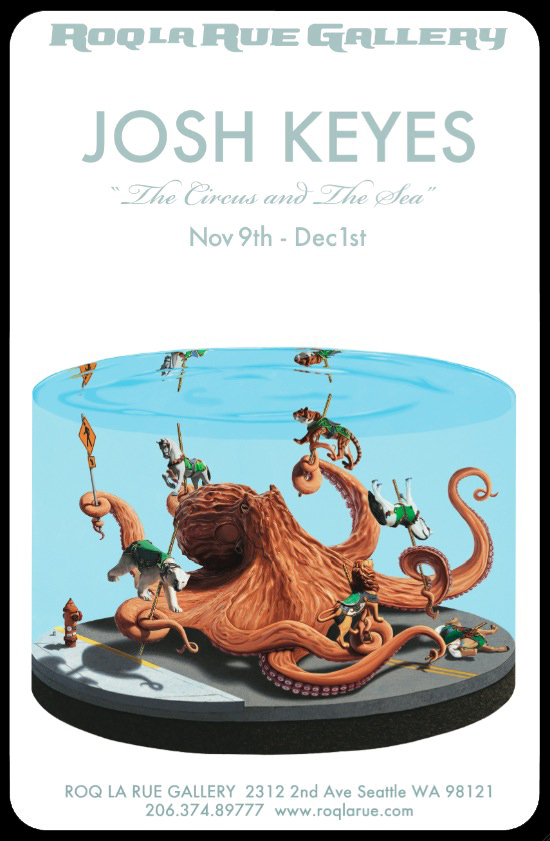