Jimmy Kimmel recently released footage of Joseph Gordon-Levitt doing an incredible job of recreating the hilarious “David After Dentist” video from memory. Previously, we wrote about Jimmy Kimmel Live and their series of big-budget Hollywood movie trailers based on classic viral videos.

Joseph memorized the entire David After Dentist video – for no reason. We didn’t ask him to and most of it wasn’t in the script. This was shot without any assistance from cue cards, he wasn’t watching along with the video to get the timing right, and somehow he managed to duplicate the video of this kid coming home from the dentist perfectly.

Here is the original “David After Dentist” video from 2009: 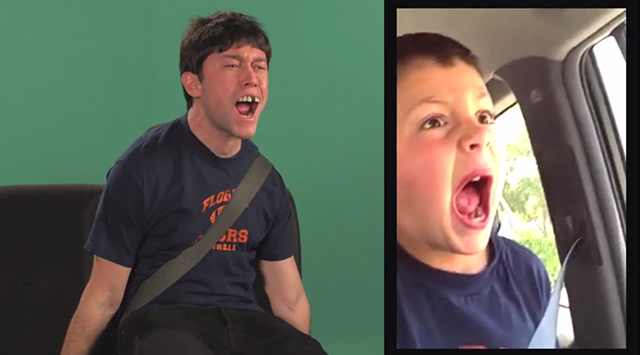