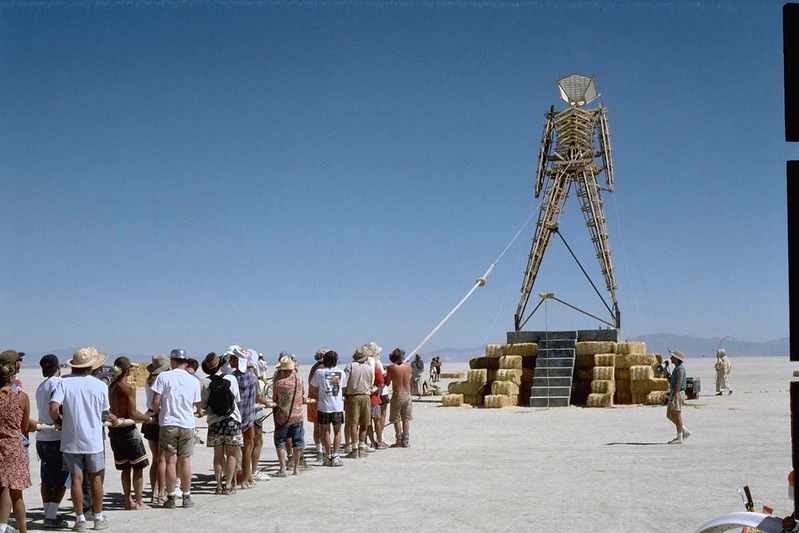 On August 17, 2017, the amazing adventurer, culture jammer, bridge aficionado, neon master, Cacophonist, Burning Man co-founder and Laughing Squid partner John Law will take to the stage at the Nevada Museum of Art during the “City of Dust: The Evolution of Burning Man” exhibition to speak about the large part he played in establishing “That Thing In The Desert“. Tickets for his talk can be purchased online.

As anyone that knows me is aware, since about 1995 I have had mixed feelings about the event and its growing popularity. As one of the three owners of the Burning Man Festival (until January 1997) and a long time facilitator of non-commercial, transgressive, underground culture, I am uniquely positioned to comment on this event. …there are thousands of stories covering many years. My intent is to show some of those people and incidents that I saw as being integral to the original spirit of the event as well as those who built the culture and set the stage for the influence, for better and worse, that BM has undeniably had.

City of Dust: The Evolution of Burning Man exhibition runs through January 7, 2018. 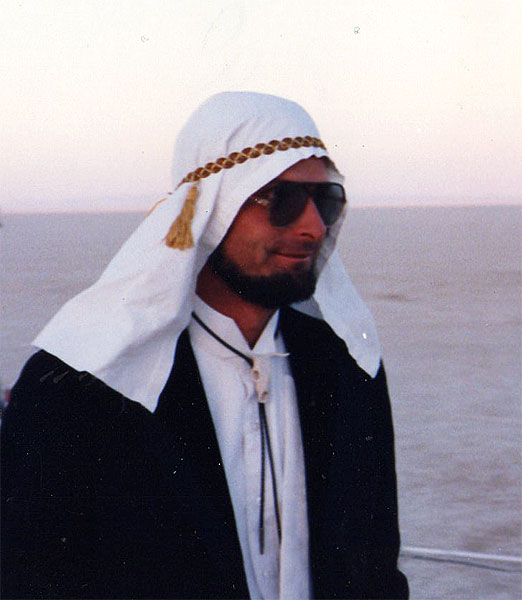