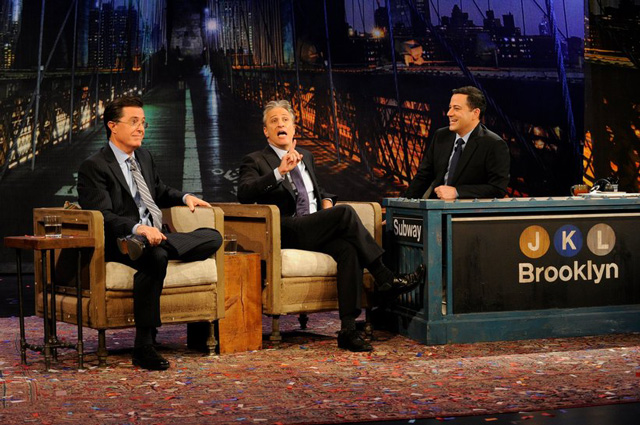 The Daily Show‘s Jon Stewart and The Colbert Report‘s Stephen Colbert were recently special guests on late-night talk show Jimmy Kimmel Live, which broadcast from Brooklyn (Kimmel’s birthplace) from October 29 through November 2, 2012. After almost ten seasons on air, this is the first time the show has been recorded on the east coast. The segment is in four parts (1, 2, 3, 4). Earlier in the week, Late Show‘s David Letterman joined Kimmel’s special Brooklyn-based show as a guest (parts 1, 2).