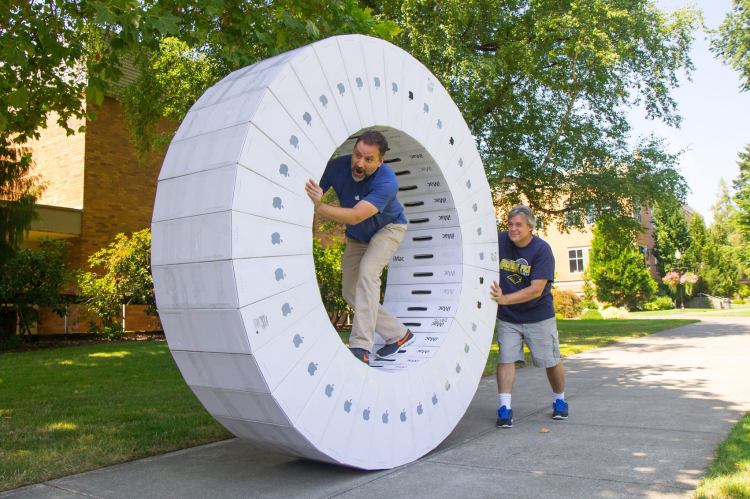 The IT department at George Fox University in Newberg, Oregon created the iWheel, a human hamster wheel using 36 empty iMac boxes from new computers. They posted a video of taking it out for a spin.

For more than a year, George Fox University systems administrator Mike Campadore had an idea and 34 iMac boxes stored in the back of an engineering classroom. When the dean of the engineering school asked why he didn’t recycle them and clear up the space, he merely said he was saving them for a project.

When more computers arrived in July for a new computer lab, Campadore finally had the boxes he needed to make his “iWheel.” He had estimated it would take 38 boxes to create the perfect wheel, but when he taped together the two sides, he discovered the number was 36.

iMac box is a trapezoid with the front 10° out of parallel with the back. Which means that if you have 36 of them… pic.twitter.com/0IX8sZoXSO