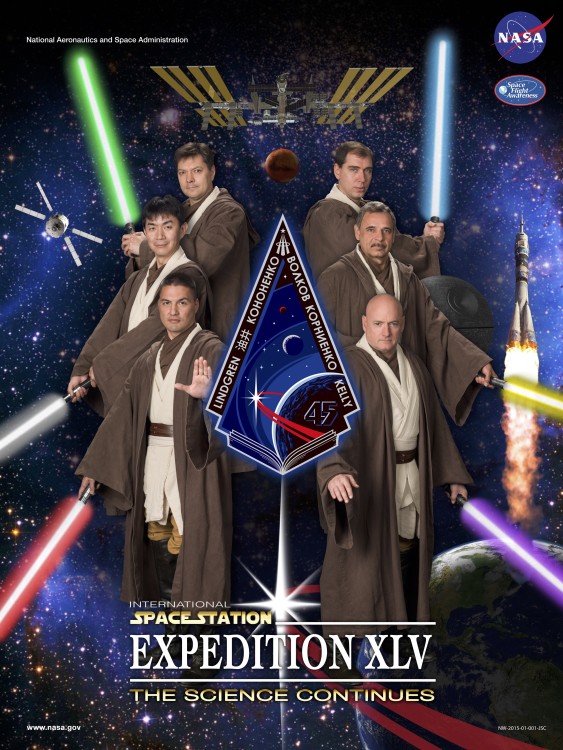 The official crew poster for the International Space Station mission Expedition 45 shows the six astronauts wielding lightsabers and wearing traditional robes of the Jedi order from the Star Wars universe.

In the poster, Lindgren is holding a red lightsaber, which is traditionally the weapon of a Sith. Any Sith/Jedi conflict on the ISS would certainly make for an exciting mission. Perhaps the crew will study how Force powers behave in microgravity.