New York City art group The Department of Urban Betterment is transforming a dumpster into an inflatable community space for their project “Inflato Dumpster.” The dumpster will serve as a pop-up learning center, complete with an expansive inflatable roof. The Department of Urban Betterment plans to deploy the temporary installation on a New York City street this fall. They’re raising funds for the project on Kickstarter.

As public space in New York becomes increasingly privatized and commodified, The Inflato Dumpster seeks to counter that tendency by serving as an open, engaging street-level structure that acts as a mobile learning laboratory. For five days this fall, the temporary, dome-like structure will confront the tendency of city space to limit public exchange by serving as a large scale urban intervention in which workshops to create and explore the possibilities for smaller, targeted urban interventions will be produced and deployed from within. 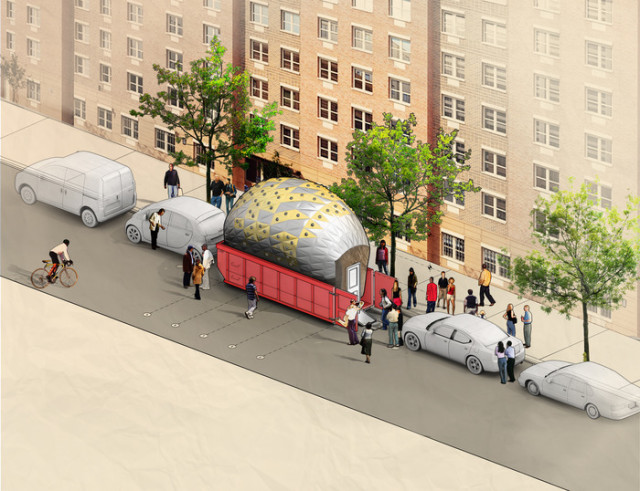 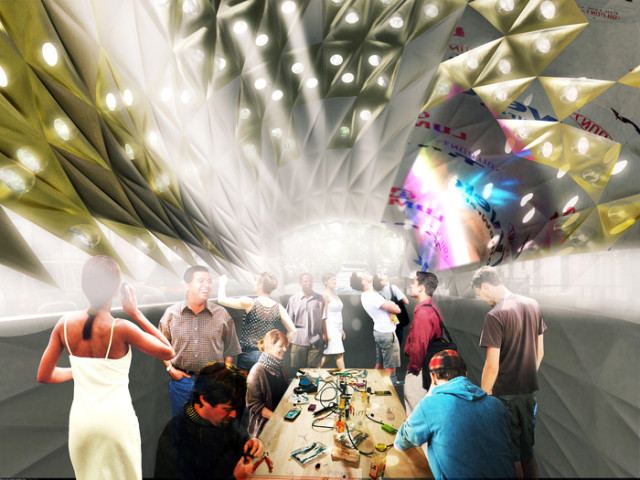