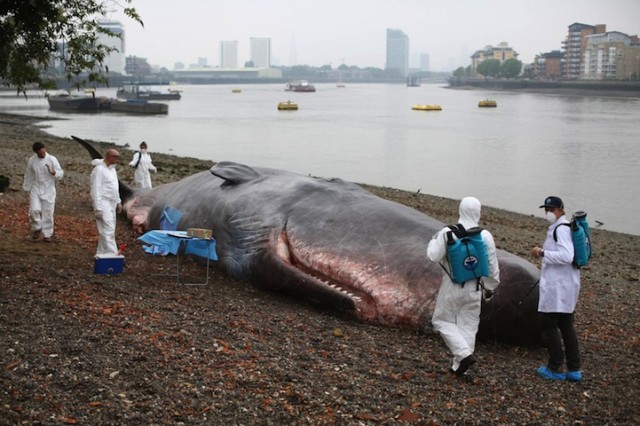 This incredibly realistic 55-foot-long sculpture of a beached sperm whale was recently displayed on the banks of the River Thames in London as a part of the Greenwich+Docklands International Festival. For added realism, the installation was accompanied by performers posing as scientists and cleanup workers. The whale installation was created by Belgian art collective Captain Boomer. It is currently on display at the Old Royal Naval College in London, through June 29, 2013. 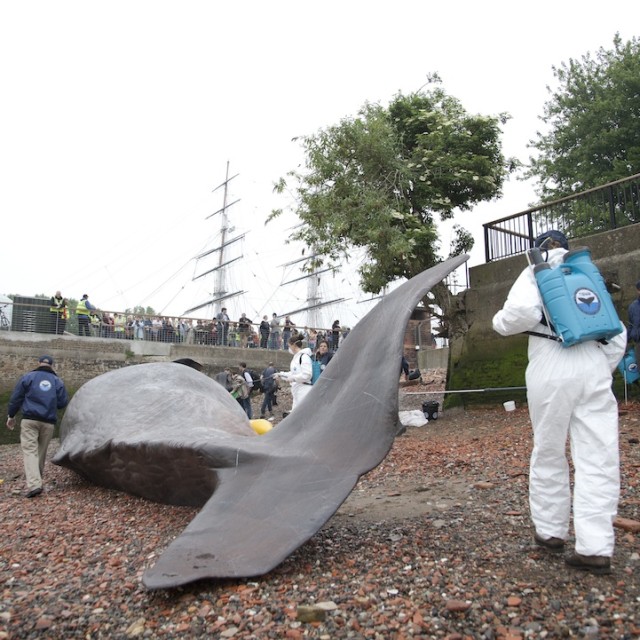 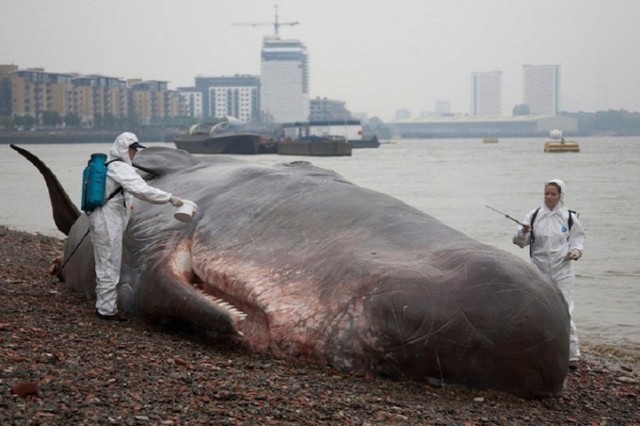 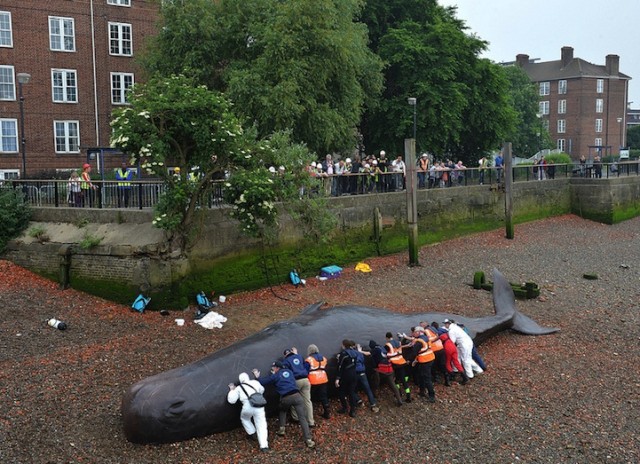