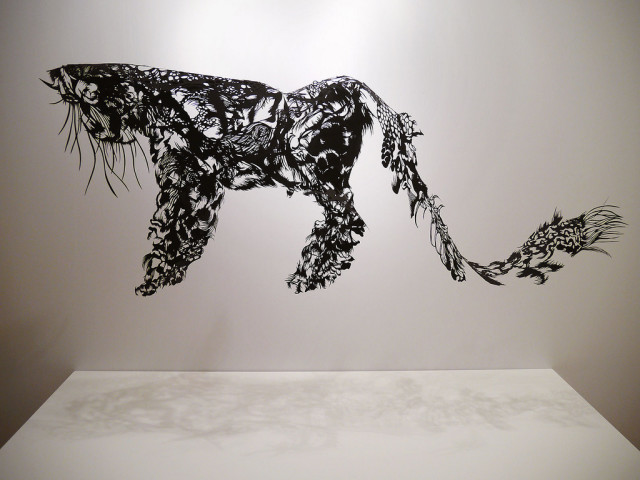 Japanese artist Nahoko Kojima makes astonishingly intricate cut paper art. Some of her works take the form of two-dimensional cut paper illustrations, but her most ambitious efforts are large-scale cut paper sculptures—“The Cloud Leopard” is an incredibly elaborate paper sculpture of a leopard that is suspended from wires. Kojima spent five months cutting the sculpture out of a single piece of paper. She is now working on, “Byaku,” a life-size cut paper polar bear that will be unveiled later this summer. To see more of her work, check out her Flickr page. via farewell kingdom, My Modern Metropolis