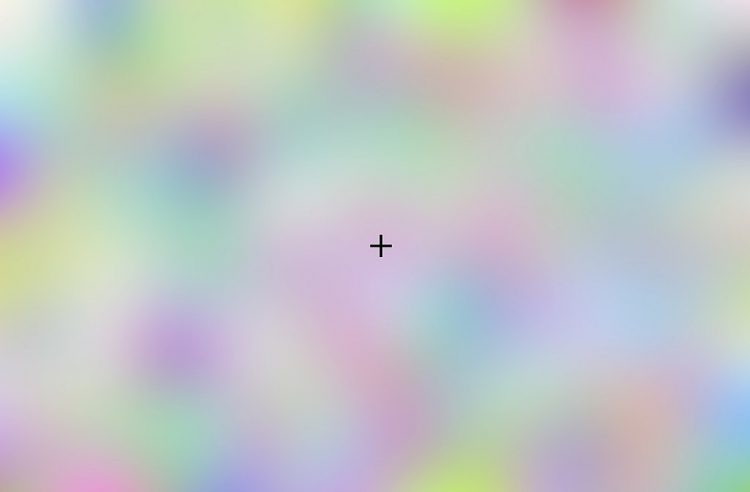 When a person stares at a picture such as the one above for 10-20 seconds, the image starts to disappear. This is due to a fascinating optical illusion known as Troxler’s Fading. This illusion is associated with visual adaptation. When a person’s eyes are focused on a specific stimuli, the rest of the image in the periphery becomes less important, thus giving forth the illusion of disappearance.

So if you fixate on a certain point, after approximately 20 seconds, stimuli which fit in your peripheral vision will fade away and disappear. The effect is most powerful for some colours and patterns, and is more powerful the farther the object is from your center of fixation.

Your visual system constantly adapts to all the external stimuli, and this is why if you stare at this picture, it will slowly disappear https://t.co/WJa1y6gdD3 pic.twitter.com/fZV5T9XnGY

Here’s another example of Troxler’s Fading.

In this example, the spots in the “lilac chaser” illusion fade away after several seconds when the black cross is stared at long enough. This leaves a grey background and the cross. Some viewers may notice that the moving space has faded into a moving blue-green spot, possibly with a short trail following it. Furthermore, moving one’s eyes away from the image after a period of time may result in a brief, strong afterimage of a circle of green spots.