In a case of life imitating a nursery rhyme, a Humpty Dumpty statue at the Enchanted Forest Theme Park in Salem, Oregon had a great fall last Saturday and cannot be put back together again. According to the park, two park attendees accidentally toppled Humpty Dumpty while attempting to pose for a photo next to him. The statue was created by artist and Enchanted Forest founder Roger Tofte back in 1970 — the now 84-year-old Tofte says he will try to make another one. 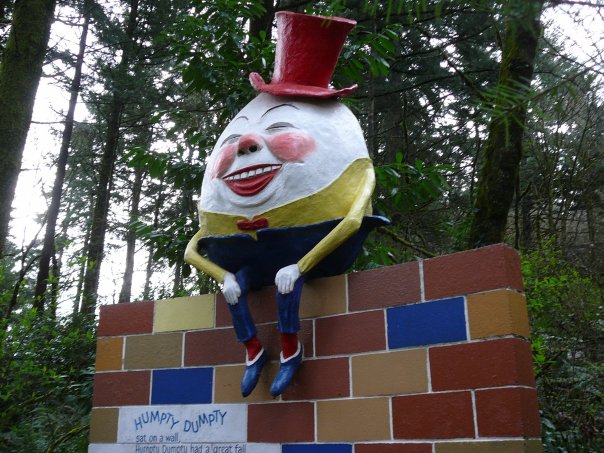 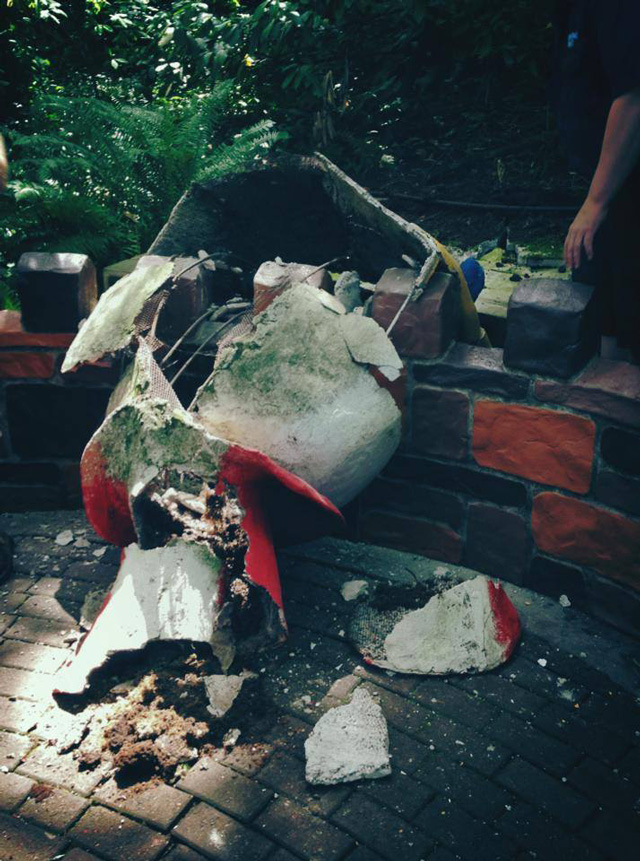 via KOIN, Nothing To Do With Arbroath