Human Terrain by Matt Daniels of The Pudding is an incredible 3D visualization of global population that incorporates satellite data gathered by the Global Human Settlement Layer in order to look a densely populated areas such as New York, Paris, London, and Jarkarta. In an accompanying article, Daniel refers to these centers as “Population Mountains”.

What stands out is each city’s form, a unique mountain that might be like the steep peaks of lower Manhattan or the sprawling hills of suburban Atlanta. When I first saw a city in 3D, I had a feel for its population size that I had never experienced before. …The 3D view left me with a better understanding of the world’s center of “human” mass, especially the weight of Africa and Asia. 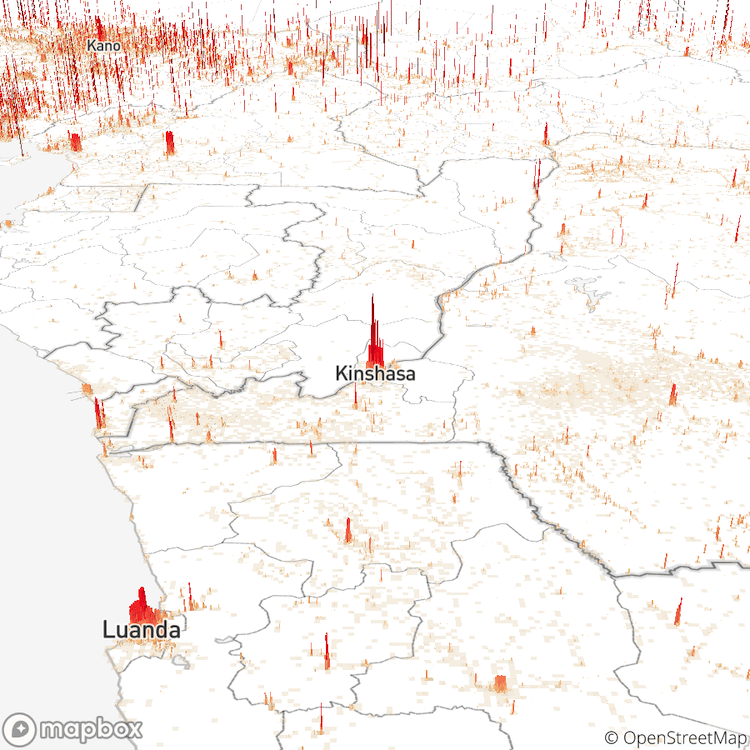 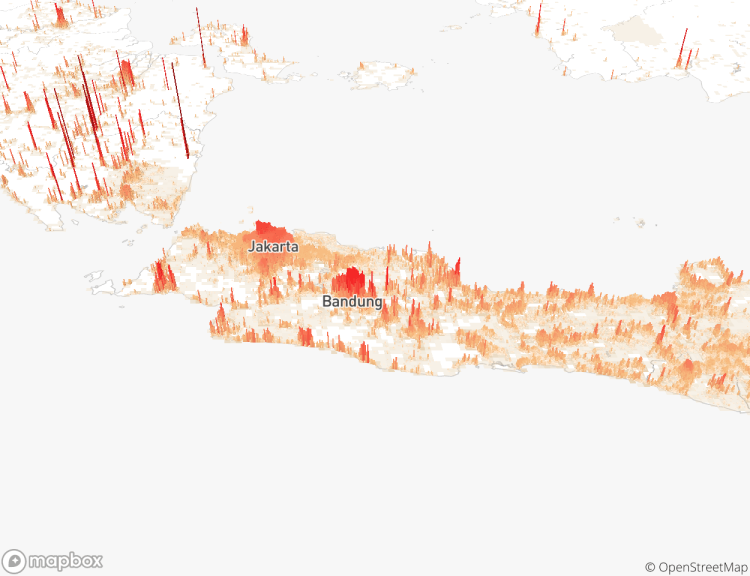 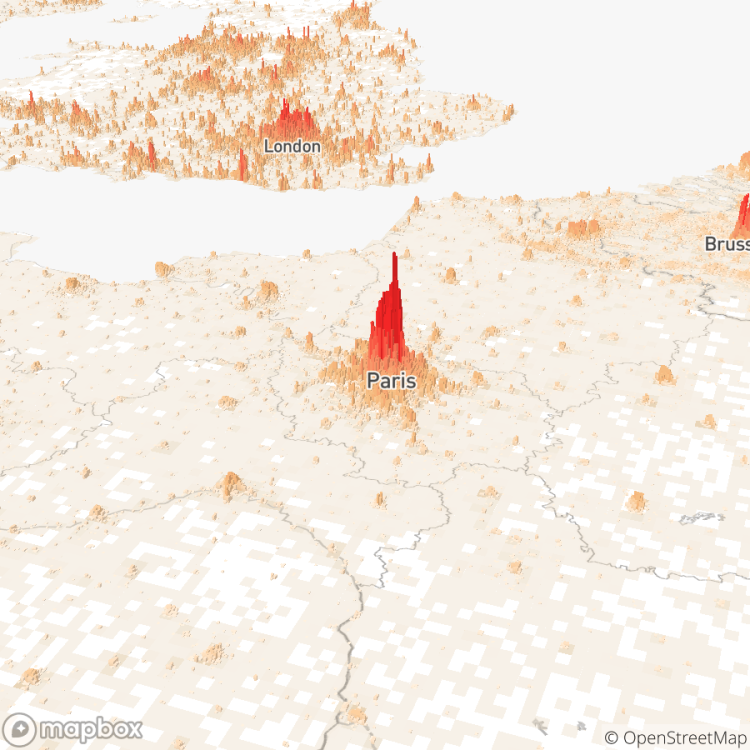 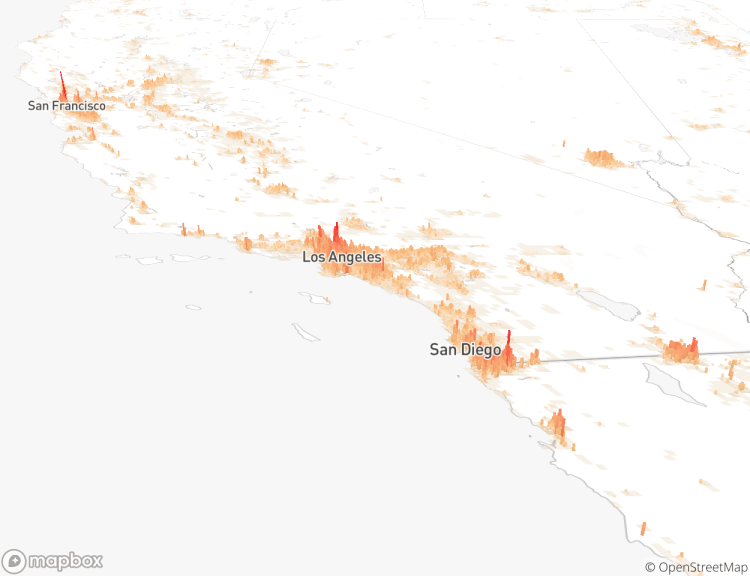