Stunning Hubble Telescope footage from NASA offers a zooming view through the gorgeous colors that make up the Lagoon Nebula inside the constellation Sagittarius. Per NASA, this region near the Earth’s Milky Way, is fertile ground for burgeoning stars, such as this giant star named Herschel 36 that’s “bursting out of its natal cocoon”.

This colorful image, taken by NASA’s Hubble Space Telescope, celebrates the Earth-orbiting observatory’s 28th anniversary of viewing the heavens, giving us a window seat to the universe’s extraordinary tapestry of stellar birth and destruction. At the center of the photo, a monster young star 200,000 times brighter than our Sun is blasting powerful ultraviolet radiation and hurricane-like stellar winds, carving out a fantasy landscape of ridges, cavities, and mountains of gas and dust. 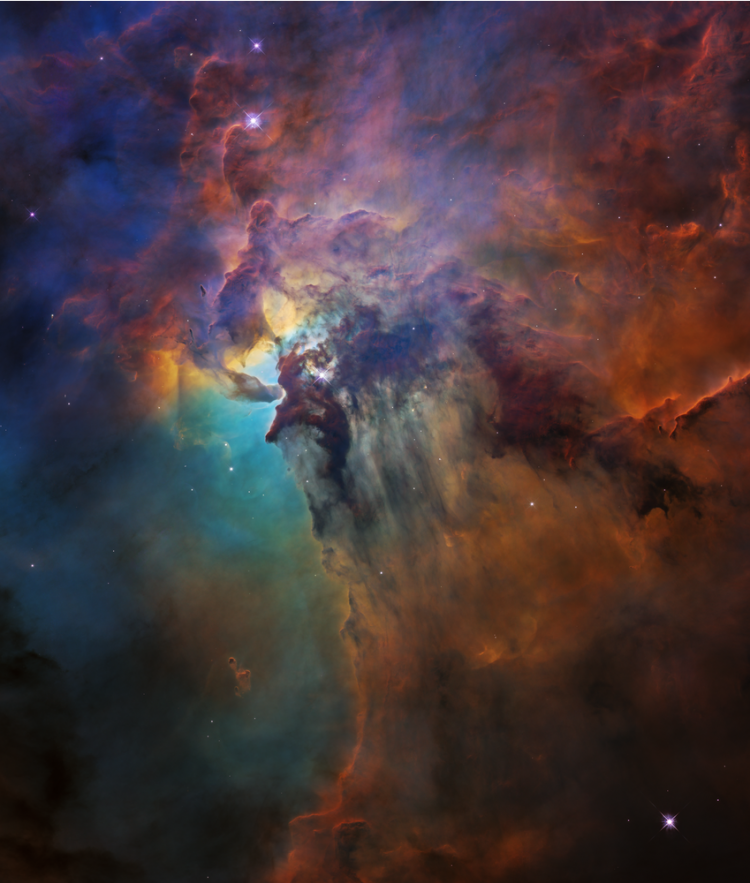 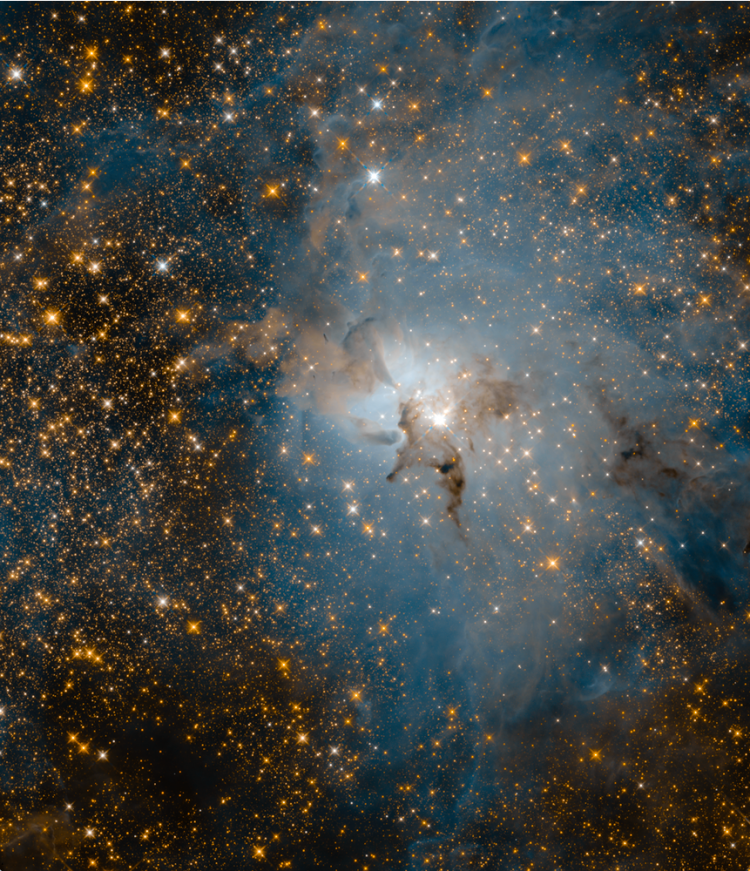 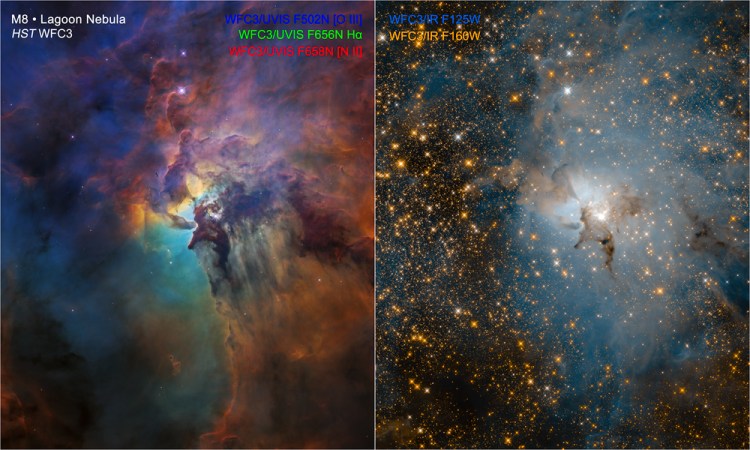 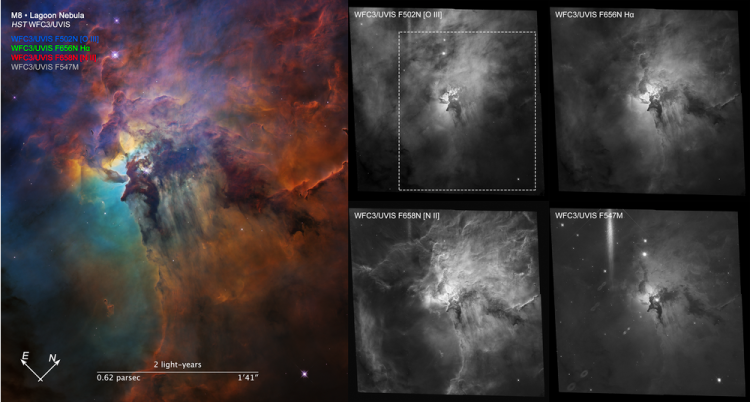