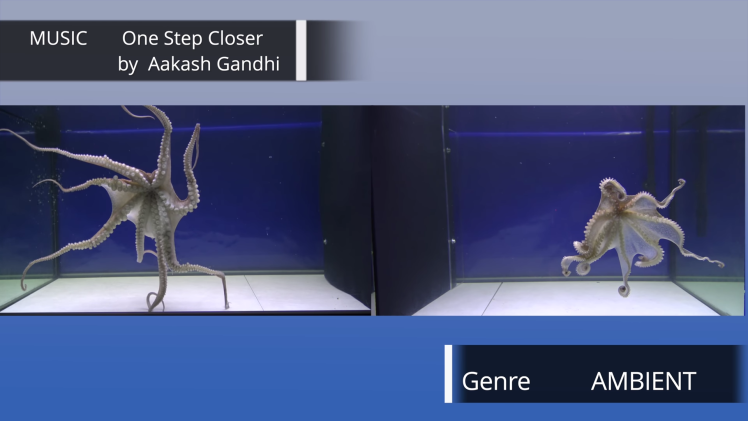 In response to a viewer’s question about music, the folks at Octolab temporarily took Arnold the Octopus away from his beloved barrel and set him in an empty tank. Another octopus named Liza was put into a separate tank. A speaker was put between the two and they set about gauging the response of each cephalopod to recordings of music from a wide variety of categories and styles.

In today’s video, we’ll be taking a look at whether or not an octopus will react to music. The music is played through an underwater speaker and recorded. We used the original underwater music in the playback to ensure perfect timing. This is a request from viewer “Original Badguy”.

While some of the music appeared to be lost on both Arnold and Liza, the tunes that got the most reaction from either or both were either classical, atmospherical or had a really strong bass line. During one such song, Arnold did his best to find the source of the comforting beat.