“House of Cards” is an upcoming Netflix original political drama series that stars Kevin Spacey as Francis Underwood, the House Majority Whip who is described as “the politician’s politician – masterful, beguiling, charismatic and ruthless.” Robin Wright plays his wife in this series that is described as an “uncompromising exploration of power, ambition and the American way…” The series is produced by David Fincher (Fight Club, ) who also directed the show’s first two episodes. The first thirteen episodes will be available to instantly view on February 1, 2013 on Netflix. Here’s the show’s first preview trailer. 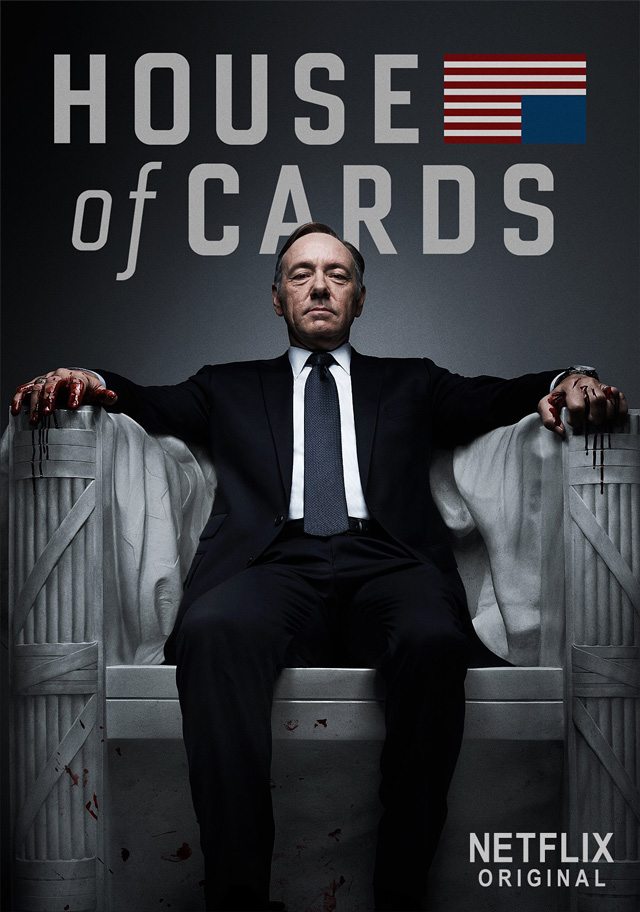 “That’s how you devour a whale, one bite at a time.”