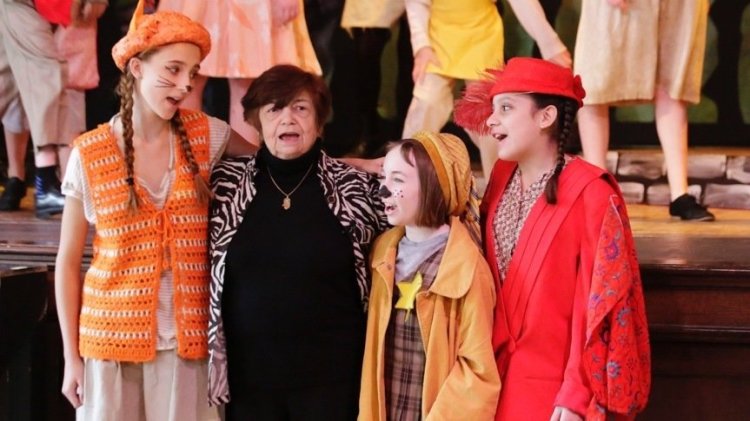 Park Ridge, Illinois-based Petite Opera Productions has revived the children’s opera Brundibár, a piece written before World War II by Jewish Czech composer Hans Krása and librettist Adolf Hoffmeister. The opera was first performed at an orphanage in Prague, but performances ceased as Krása and the children in the orphanage were taken to Terezín, which is also referred to as Theresienstadt concentration camp. The Nazis enjoyed the opera and had children in Terezín perform it for a segment of a propaganda film. What they did not know was that the story of Brundibár–in which children defeat a bully–served as a message of hope and resistance to the prisoners in the camp.

Only 100 of the 15,000 children in Terezín survived. One of the survivors, Ela Stein Weissberger, performed the opera in Terezín as a child and has worked to bring it to the world. In an interview with the American Grandparents Association, she said, “I want to speak for the children who died; I ask people to remember my friends. By doing this, they stay alive in our hearts and minds. I’m the bridge between today’s children and generations to come. And if we, as survivors, keep talking, we’ll be heard. We can’t keep it silent—it’s a part of our bodies.”

She joined Petite Opera in their current run of the opera and spoke with NPR‘s Cheryl Corley about it. “The Brundibár, in our eyes, was Hitler,” Weissberger said.

Archival footage of the opera being performed at Terezín was released in the documentary Holocaust: Theresienstadt.

The opera is also the basis of a children’s book by the same name written by Tony Kushner and illustrated by Maurice Sendak.