Hercules is an upcoming adventure film directed by filmmaker Brett Ratner from both Paramount Pictures and MGM (Trailer #1 and #2). The action-packed movie is based off of the Hercules: the Thracian Wars comic book series from Radical Comics. Actor Dwayne ‘The Rock’ Johnson stars as the Greek demigod Hercules who sets out to overcome all odds as he battles and destroys all sorts of mythological evil. Hercules is scheduled to crush its way into theaters on July 25th, 2014.

Both man and myth, Hercules (Dwayne Johnson) leads a band of mercenaries to help end a bloody civil war in the land of Thrace and return the rightful king to his throne. A tormented soul from birth, Hercules has the strength of a God but feels the suffering of a human. Unimaginable villains will test the mythical power of Hercules in Director Brett Ratner’s gritty take on one of the most epic action heroes of the ages. 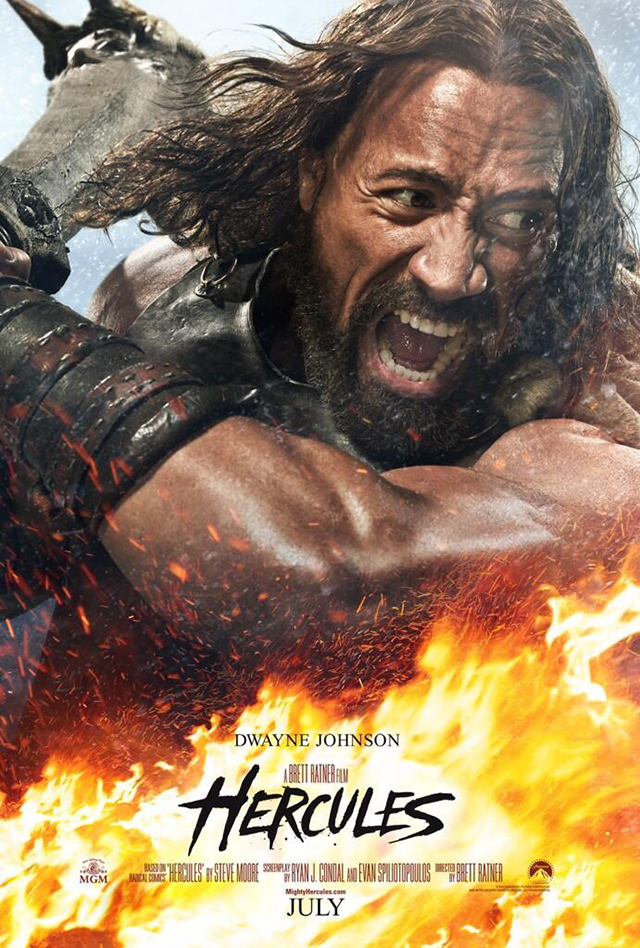 via IGN, Geeks Are Sexy