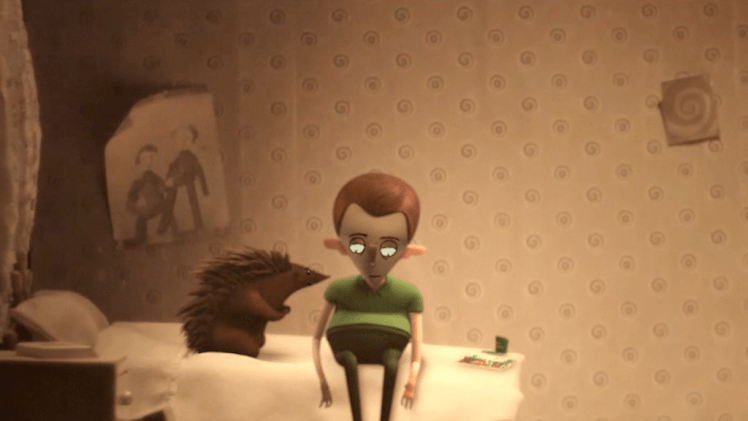 The award-winning animated short “Hedgehog” by Ed Bulmer tells the story of Gareth and his crippling insecurity, which manifests itself as a lurking hedgehog who stops Gareth in his tracks whenever he tries to do something that scares him. This profound animation, which Bulmer made as graduate student at the National Film and Television School in Beaconsfield, England, shows how anyone can be a slave to their own fears if they allow it.

Gareth suffers from a debilitating sense of self-doubt, which manifests in the form of a hedgehog…HEDGEHOG is my grad film I completed whilst studying at the National Film and Television School It had a great festival run, premiering at Anima Mundi and winning the Jury Prize at Seoul International Animation Festival among a few other awards. The film combines three techniques – miniature sets, CG characters, and hand drawn facial expressions.