Musician Tyler Larson of Music is Win (previously), traveled to the Gotta Have Rock and Roll studio in Franklin Lakes, New Jersey in order to play a vintage 1954 Fender Stratocaster guitar that was owned and solely played by legend Eric “Slowhand” Clapton.

Larson very carefully took the iconic guitar out of the case and admired it for a bit before actually getting down to playing. Dylan Kosinski, director of sales, marketing, and acquisitions, offered Larson the use of one of Eddie Van Halen‘s guitar picks. Needless to say, Larson’s mind was blown just a little bit. 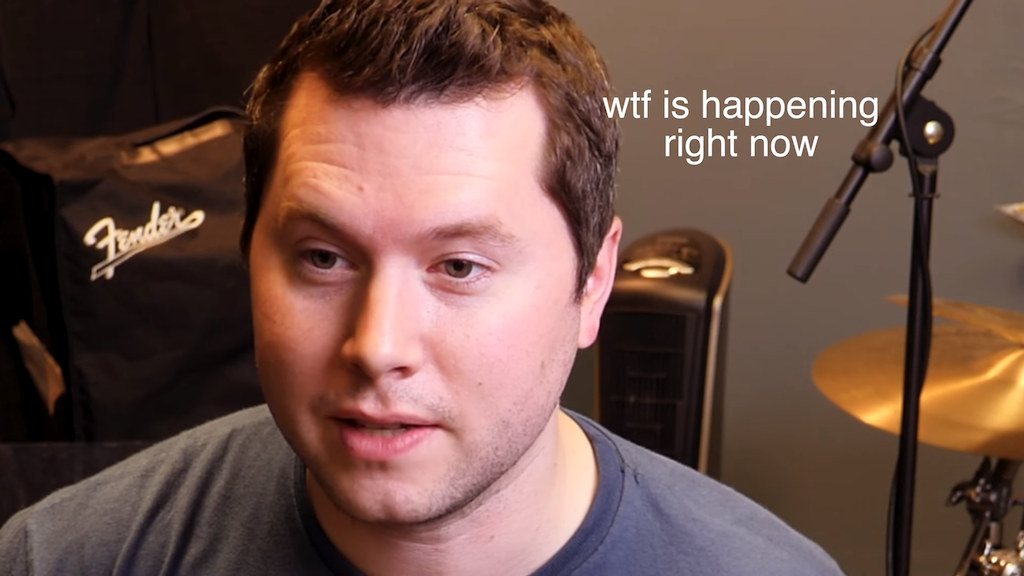 Larson performed a number of Clapton’s classics including “Wonderful Tonight”, “Crossroads”, and “Layla”. Larson was the only musician to play this guitar after Clapton.

I’ve played some really cool guitars in my day, but this is the coolest. …Still plays perfectly.

Eric Clapton’s historic owned, stage played and studio used “Slowhand” 1954 sunburst Fender Stratocaster electric guitar with its original case. This magnificent guitar, heavily used by Clapton both on and off-stage would be the ultimate star in any guitar collection. Clapton acquired this rare non-tremelo 1954 Stratocaster in 1978 -79 and for the next five years it became his main stage slide guitar which he also used in the recording studio The letters “TG” on the neck-butt are the initials of Tadeo Gomez, a Fender employee who was responsible for shaping the neck, the digits 9-54 indicate the month and the year (September, 1954) the neck was completed. The guitar is a ‘non-tremolo’ model.