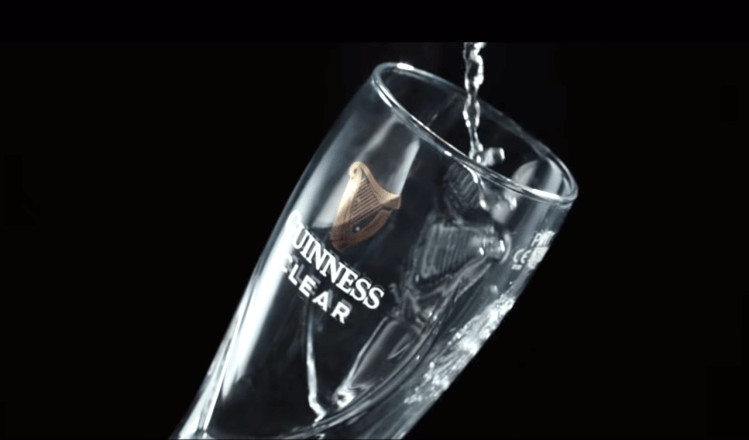 In a very clever and subtle message about drinking in moderation during events like the Guinness Six Nations Rugby Championships, the legendary Irish brewery Guinness touts their brand new Guinness Clear, a questionable translucent version of their distinctive stout, going through much of the same motions as in their more traditional advertising. The actor shows the new beer being poured, examined and imbibed by customers. It’s only at the end when the beer is revealed as something else entirely.

Flavor unlike anything else. A look all of its own made to a time-honored recipes (H20). What else tastes like it? Nothing (so clear). Make it a night you’ll remember with new Guinness Clear.