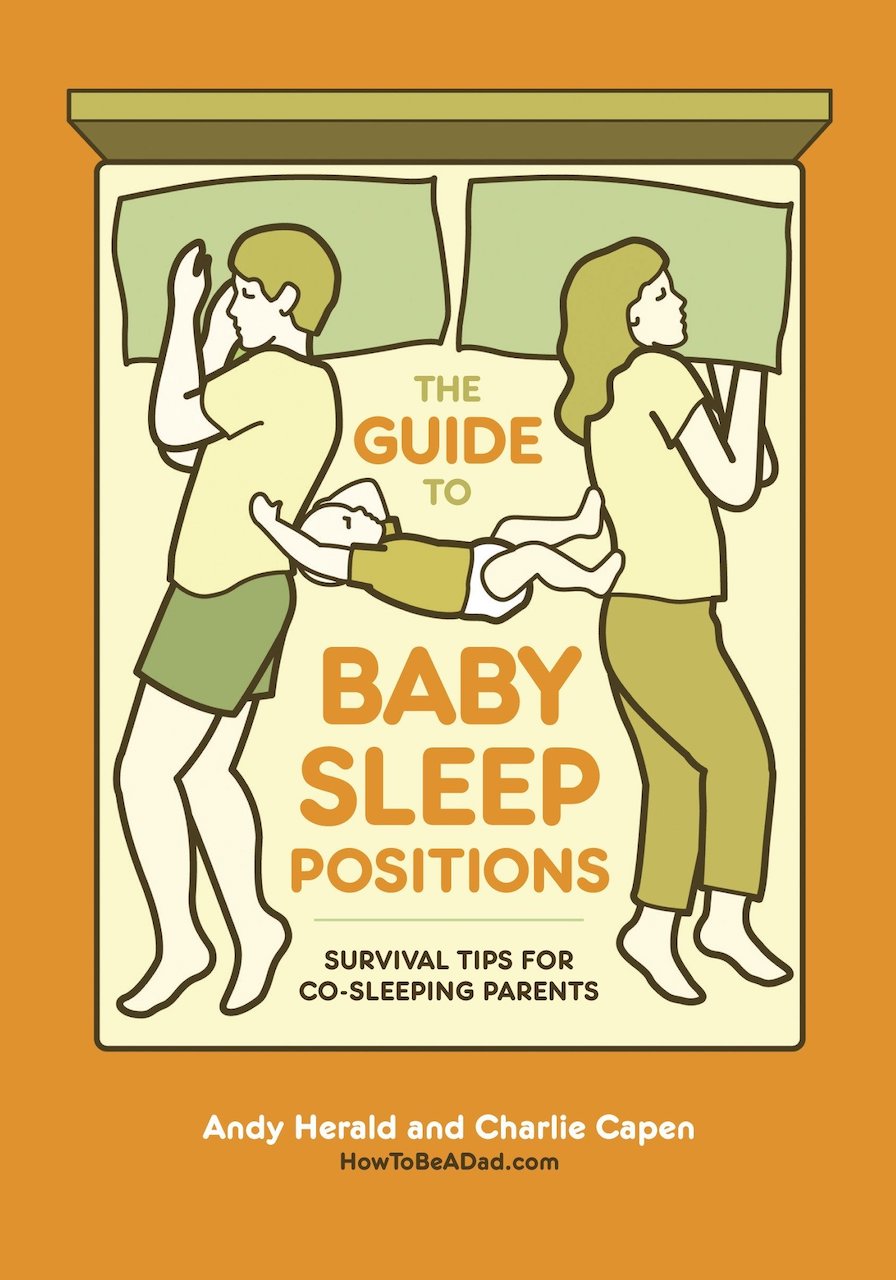 We wrote about a rather amusing graphic panel by How To Be A Dad that showed the various baby sleep positions that were actually more about the way in which parents slept around the infant.

Shortly after that, Andy Herald and Charlie Capen, the two fathers behind the site put together a handy book entitled The Guide to Baby Sleep Positions: Survival Tips for Co-Sleeping Parents.

Anyone who has tried to sleep with a baby is probably familiar with “The Snow Angel,” “The Booby Trap,” and “The Roundhouse Kick”; they’ve experienced these sleep positions even if they didn’t know their official names. Now, with The Guide to Baby Sleep Positions, new parents can identify exactly which bedtime contortions they’ve already mastered and perhaps preview some positions that baby hasn’t tried yet. …The Guide to Baby Sleep Positions features some of the most popular posts on the site (we can’t leave out “H is for Hell” or “Jazz Hands”), but two-thirds of the content will be unique to the book, and ALL of the positions will be accompanied by new text 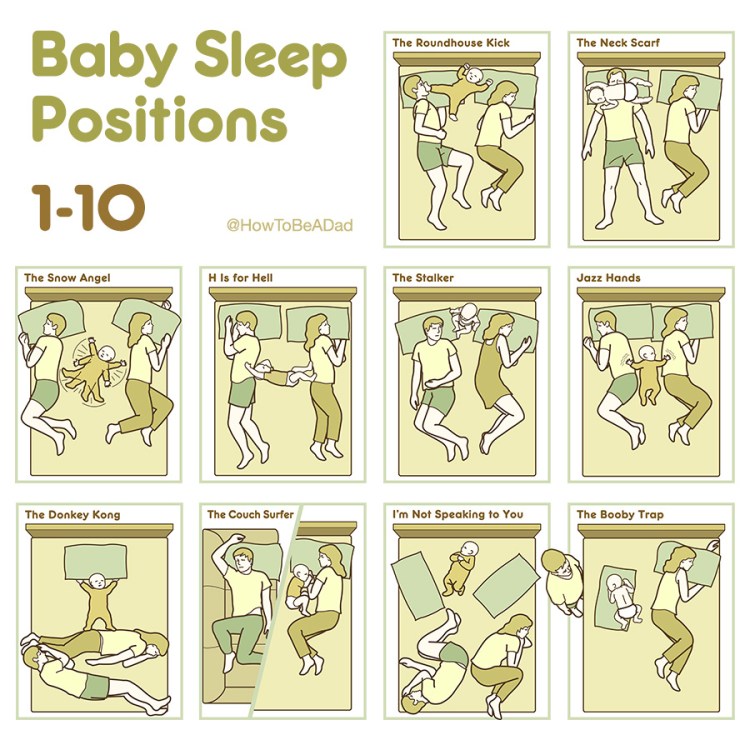 via Sad and Useless