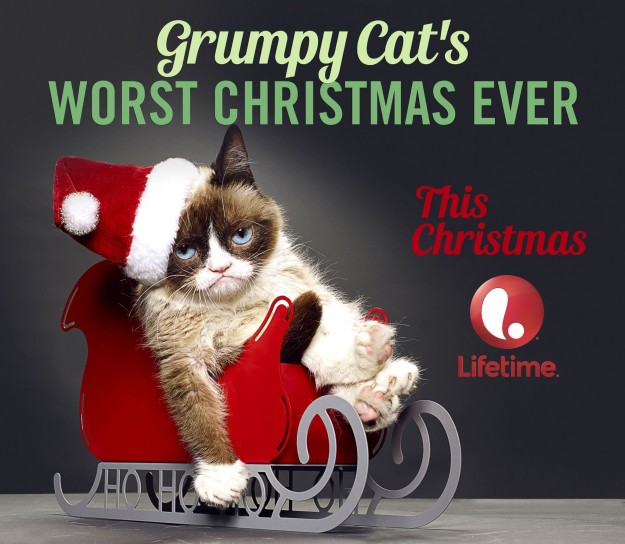 Grumpy Cat will be starring in her very own television special, Grumpy Cat’s Worst Christmas Ever, that will air during the 2014 Christmas season on Lifetime. This is Grumpy’s first national television role since she participated in the ensemble Friskies commercial during Christmas 2013.

It’s not a wonderful life for Grumpy Cat, the Internet meme sensation with nearly six million Facebook friends! The infamous kitty, with the naturally, but endearing sad looking facial expression, will star in her very own live-action Christmas movie, “Grumpy Cat’s Worst Christmas Ever,” premiering this coming holiday season on Lifetime. The movie will be filmed this summer.