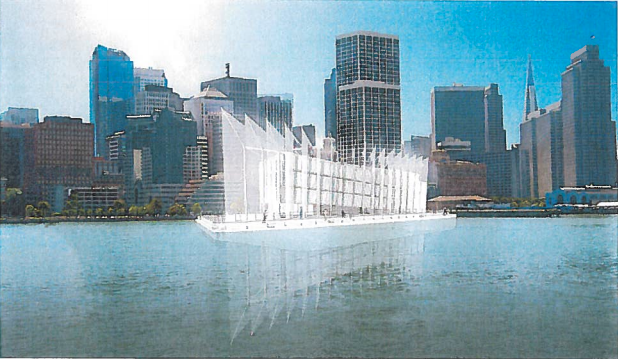 Google has released an official statement confirming that its mysterious barge in the San Francisco Bay is neither “a floating data center” nor “a wild party boat,” but will be “an interactive space where people can learn about new technology.” Additional documents obtained by the San Francisco Chronicle through a Freedom of Information Act request refer to the 50-foot-tall, 250-foot-long barge as a “studio” and “temporary exhibit space” designed to “drive visitation to the water front” and allow “local organizations to engage with guests and gain visibility in a unique way.”

Artist’s renderings of the structure — designed by Gensler in San Francisco and LOT-EK in New York City — feature gigantic sails “reminiscent of fish fins, which will remind visitors that they are on a seaworthy vessel”. According to the San Francisco Chronicle’s report, the barge will moor at various sites around San Francisco Bay including “Piers 30-32 and other San Francisco docks, Fort Mason, Angel Island, Redwood City, and Rosie the Riveter Historical National Park in Richmond” and potentially travel to San Diego or other West Coast ports.

San Francisco Port spokesperson Renee Dunn Martin said that the documents obtained by the San Francisco Chronicle were “part of a preliminary proposal,” adding that “They haven’t come back to use with anything concrete.” Google’s official statement also cautions that “it’s still early days and things may change.” 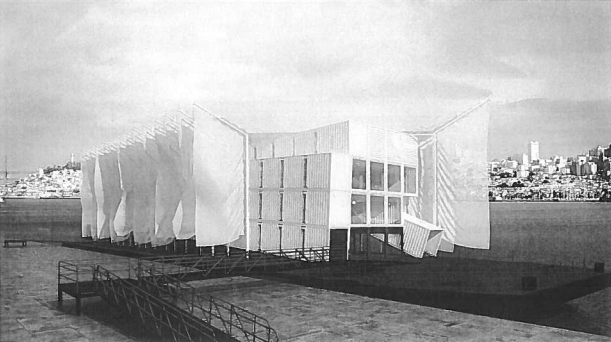 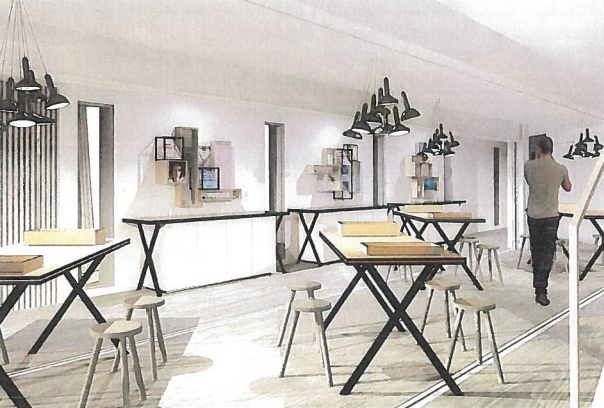 photos by By and Large, LLC