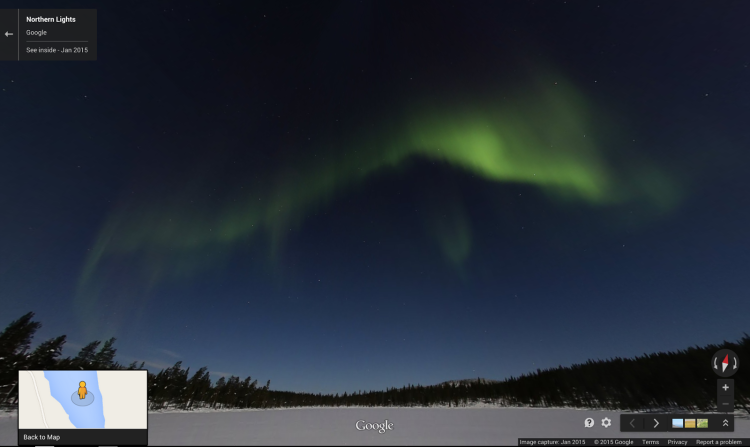 For its latest addition to the popular Street View feature in Google Maps, Google has added the arctic majesty of the aurora borealis–the Northern Lights–as seen from Finland. The distinctive green streaks were captured by a camera positioned on the frozen lake, Pitkäjärvi.

These light displays have long been a source of wonder for poets and travelers gazing up at the otherworldly colors in stark contrast with the austere, arctic terrain. However, they can only be seen in person at certain latitudes and times of year, making this breathtaking sight a rare experience for most of us.