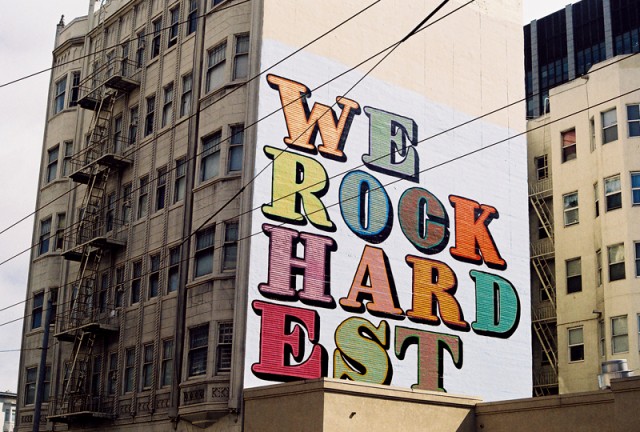 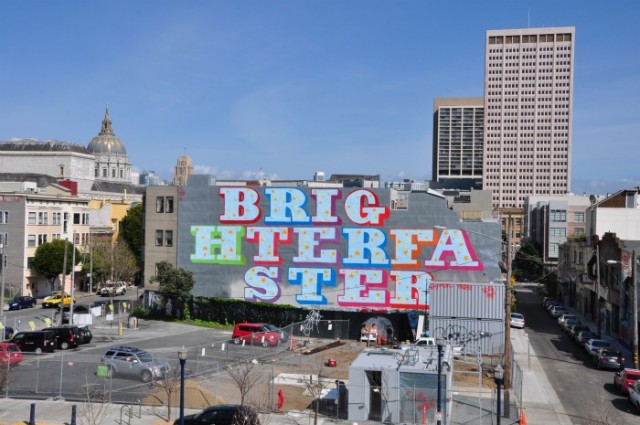 Typographically inclined UK artist Ben Eine has been augmenting walls in San Francisco as part of an exhibition of his work. Spencer Keeton Cunningham recorded a video of Eine as he worked on a gigantic typographic mural in the Tenderloin. Some of his smaller scale work can now be seen at White Walls Gallery (March 12–April 2, 2011.)

EINE’S work is a large-scale study of the shape and structure of the 26 letters found in the modern English alphabet in varied typefaces, color configurations and word arrangements. In the public spaces of San Francisco, EINE will be painting each letter of the alphabet on various walls around the city. A further ten canvases of his work using spray paint, acrylic, and glitter will be on display at White Walls gallery.