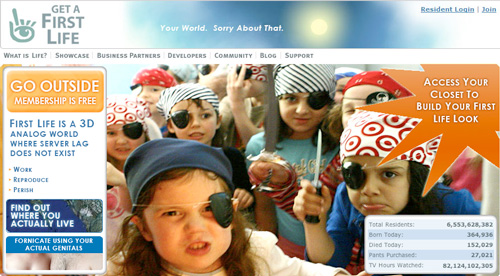 Get a First Life is a hilarious Second Life parody by Vancouver web geek and Northern Voice co-organizer Darren Barefoot. Membership perks include “going outside” and the ability to “fornicate with your own genitals”.

UPDATE: Check out Linden Labs’ (the creators of Second Life) great comment on Darren’s blog post. Instead of sending him a cease-and-desist letter, which is often common in these situations, they actually granted him license to use the modified version of their logo.