Researchers at the Georgia Tech School of Electrical and Computer Engineering have partnered with the Atlanta Botanical Garden to deploy an incredibly slow-moving robotic sloth (SlothBot) within their leafy midst. The Slothbot moves along 100 feet of cable to monitor temperature, weather, carbon dioxide levels, sunlight, and other conservation efforts. Professor and department chair Magnus Egederstedt stated that he was inspired by the strategy employed by sloths in Costa Rica.

The idea to the SlothBot actually came when I was in Costa Rica, when I got mildly obsessed with sloths, because I could not understand how these creatures could exist. They’re just tasty pieces of meat sitting up in the trees, waiting to be eaten by eagles or jaguars, but turns out they are strategically slow on purpose. So I started reading up about slowness as a design paradigm and decided you know what, no, if I’m gonna deploy robots that are out somewhere for really long periods of time, they don’t need to be fast.

Egederstedt and his team built the robot to act as much like a sloth as possible.

About three feet long, SlothBot’s whimsical 3D-printed shell helps protect its motors, gearing, batteries, and sensing equipment from the weather. The robot is programmed to move only when necessary and will locate sunlight when its batteries need recharging. At the Atlanta Botanical Garden, SlothBot will operate on a single 100-foot cable, but in larger environmental applications, it will be able to switch from cable to cable to cover more territory. 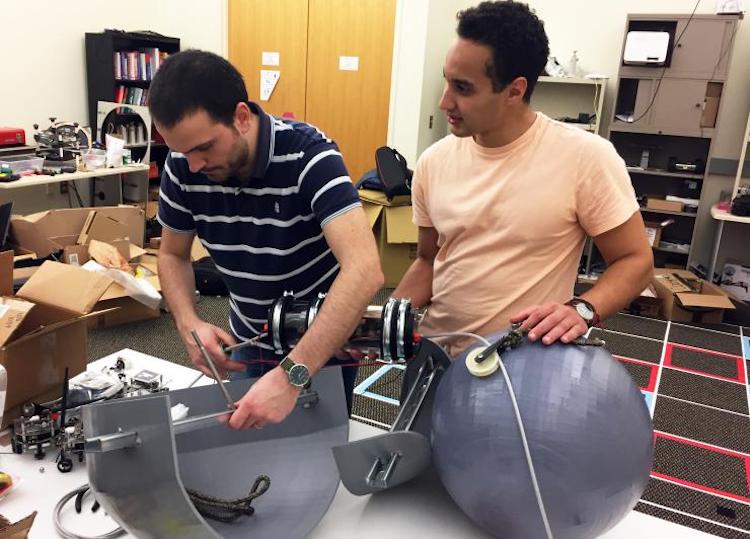 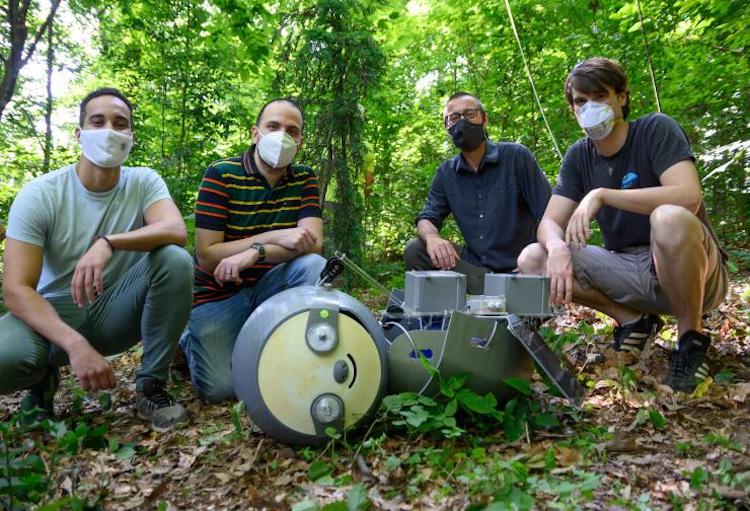