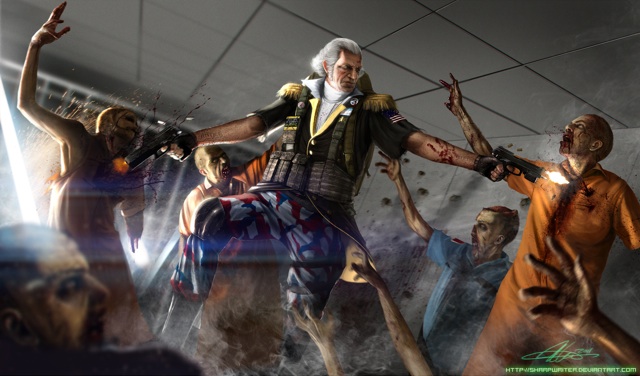 Jason Heuser created an awesome illustration of George Washington as a Zombie Hunter. Prints are available via Etsy.

George Washington was known for many things…Being a great general, Having wooden dentures (Okay they weren’t really wooden, Cutting down the cherry tree, and being nicknamed the Destroyer of Villages. But what many don’t know is he was an avid Zombie Hunter, this is a picture of one of his many adventures out into the night to give some Liberty and Justice to all.