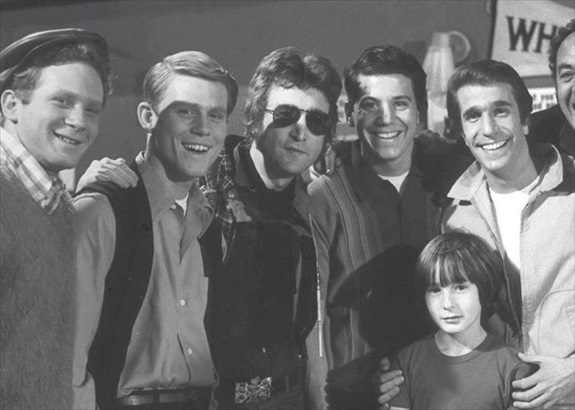 John Lennon’s former girlfriend May Pang recently posted a photo showing the Happy Days gang posing in 1974 with John and his (then) young son, Julian. She writes, “This was taken when John and I took Julian to Paramount Studios for a tour on his first trip to LA. We happened to stumble upon the set of HAPPY DAYS. It was their first season of the show and the actors were surprised by our onstage walk on.”

image by May Pang via 92 KQRS