The luthiers of the Fender Custom Shop worked with Game of Thrones showrunner D.B. Weiss to develop three different signature guitars for each of the show’s main families. This incredible “Sigil Collection” incorporates the animals most closely associated with each house. House Stark is a Wolf Telecaster, House Lanniser is a golden engraved Jaguar and House Targaryen is a gorgeously scaled dragon Stratocaster with whammy bar.

These deluxe, one-of-a-kind guitars are built to order via the Fender Custom Shop and embody the true essence of Westeros’ most iconic families. Every detail was meticulously considered to ensure that the spirit of each house was brought to life accurately for fans of the series and guitar players alike…

A supergroup of guitarists made up of song composer Ramin Djawadi, Nuno Bettencourt, Scott Ian and Tom Morello, plus Weiss played an amazing cover of the series theme on these guitars.

Here’s a little behind-the-scenes footage from the session that includes an extended version of the song and features country star Brad Paisley performing some badass riffs. 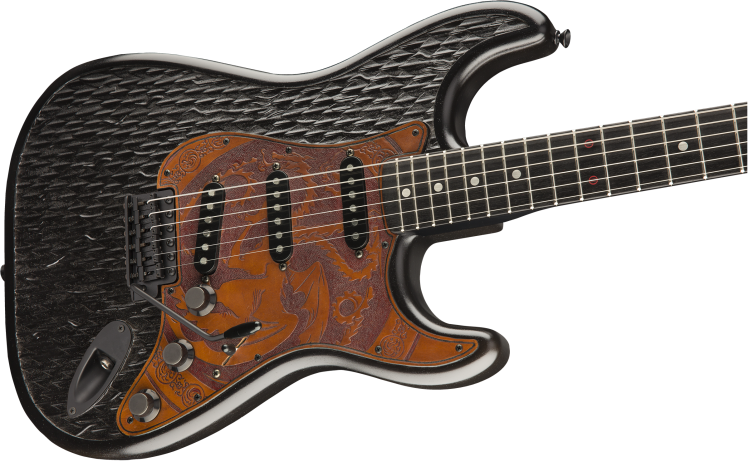 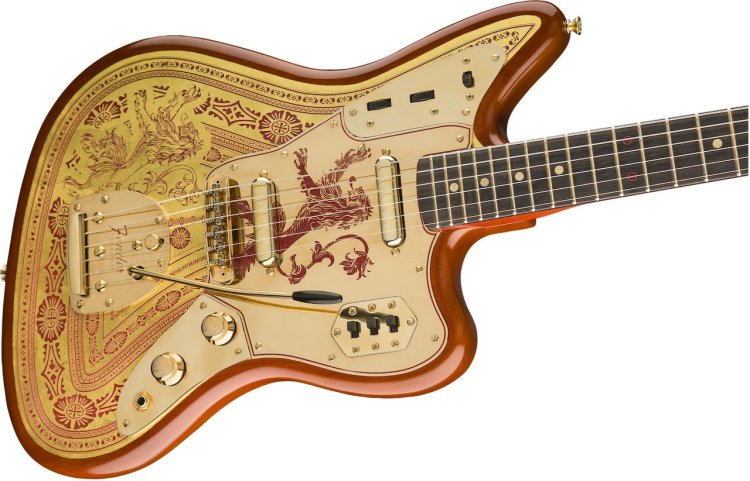 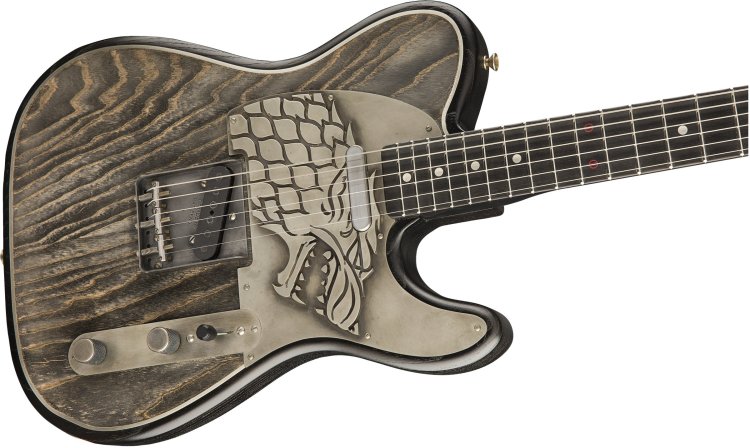